Read More about how UTSR bankrupted US Oil Sands 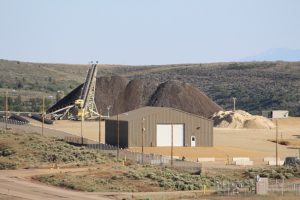 “US Oil Sands” or USOS. USOS has been leasing 50 square miles in the Book Cliffs from the State of Utah for tar sands strip mining since 2005. They have been claiming since 2008 that they will produce oil from tar sands soon. USOS is a Canadian Company they have never produced oil commercially.

US Oil Sands joined Red Leaf to successfully lobby for the paving Seep Ridge Road in 2014. They have spent $100 million on a fancy tar processing facility that has never actually run. In 2017 USOS declared bankruptcy and put the mine factory at PR Springs Utah up for sale. After being relieved of all debts through bankruptcy the same people bought the company and it is now called USO Utah. USOS was excused from paying its lease payments to SITLA and also defaulted on debts to several creditors in Utah.