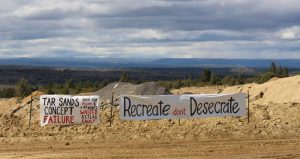 Utah projects
In Utah, six oil shale projects were planned that progressed to various stages of development. The six projects are described below (DOE 1981). From 1954 through 1990, several companies and governmental agencies drilled at least 200 oil shale exploration wells in the Uinta Basin and conducted Fischer assays on the oil shale core samples. In addition to the core samples, the USGS had an oil shale program from the late 1950s through the 1970s that collected cutting samples from more than 400 oil and gas wells penetrating the oil shale −bearing portion of the Green River Formation. Fischer assays also were conducted on those samples. Data on the thickness, depth, and Fischer assay information exist for the oil shale interval in the Parachute Creek Member of the Green River Formation from more than 600 wells spread across the Uinta Basin, but mainly from the southeastern quarter of the basin.

Geokinetics, Inc ., was originally organized in 1969 as a minerals development company; it was reorganized in 1972 as a joint venture with a group of independent oil companies to develop an in situ technique to extract shale oil. The company began design and cost studies of a horizontal modified in situ process in preparation for the anticipated Federal Prototype Oil Shale Lease Program sale. Small-scale pilot tests in steel retorts were carried out to simulate the horizontal process in 1974 and early 1975. Starting in April 1975, field tests of the in situ method were carried out, and by late 1976 the basic parameters for an in situ process were established. From 1977 through 1979, the process was scaled up substantially from early tests, and rock-breaking designs for the underground retorts were improved and tested. From 1980 through 1982, Geokinetics, funded in part by DOE, blasted 24 experimental underground retorts and tested them. These tests cumulatively produced 15,000 bbl of oil. By 1982, the company had settled on a 2,000-bbl/day design for its commercial retort and had acquired 30,000 acres of nonfederal leases, with an estimated resource of 1.7 million bbl of oil (averaging 20 gal/ton). Final OSTS PEIS A-20 Between 1972 and 1982, the company drilled at least 32 core holes on its leases in the Uinta Basin and conducted Fischer assays on oil shale samples from those wells.

Magic Circle Energy Corporation acquired the 76,000 acres of State of Utah leases composing the Cottonwood Wash properties from the Western Oil Shale Corporation in July 1980 through an exchange of stock. The Cottonwood Wash properties contained an estimated 2.1 billion bbl of oil with a grade in excess of 15 gal/ton, and at a depth between 1,500 and 2,000 ft. Magic Circle spent more than $1 million to perform feasibility studies, initiate permit applications, and perform initial coring for resource definition, mine design, and environmental evaluation, but no mine or plant construction or oil shale production took place on this project.

Paraho Development Corporation was organized in Grand Junction, Colorado, in 1971, to develop oil shale technology. The company acquired leases along the White River in Utah near the border with Colorado, but no work was performed on the property. The company conducted several retort research projects in Colorado with several other industry partners to achieve an oil recovery averaging 90% of the in-place oil. On the basis of this research, the company was contract ed by DOE to produce 100,000 bbl of shale oil. Paraho used the Anvil Points facility to conduct a 105-day continuous-stream operation in the late 1970s that produced the contracted amount of shale oil with 96% oil yields. The oil market deteriorated before a commercial plant could be permitted and built on the Utah leases.

Syntana-Utah was a joint venture of the Synthetic Oil Corporation and Quintana Minerals Corporation that was formed in late 1980. This venture acquired a State of Utah lease on Section 16, T9S, R25E, on which it planned to construct an underground mine and surface retort operation that could produce 24,500 tons/day of 25 gal/ton oil shale. Limited effort was spent identifying the depth, thickness, and grade of the oil shale to quantify the oil shale resource on the lease. Two, and perhaps more, drill holes were completed on the property to facilitate mine and retort engineering design.

TOSCO Development Corporation acquired 29 separate State of Utah oil shale leases totalling 14,688 acres of land about 35 mi south of Vernal, Utah. These leases were generally located in T9S and T10S, and R21E and R22E. Between 1977 and 1981, TOSCO drilled eight or more core holes to help define the oil shale resource and to initiate basic actions leading to a site-specific EIS for a 66,000-ton/day mine with a production capacity of 47,000 bbl/day employing multiple TOSCO II retort facilities. Subsequent deterioration of oil prices led to the cancellation of the project before final permitting and construction began. Final OSTS PEIS

White River Shale Oil Corporation (WRSOC) was a joint venture of three major oil companies: Phillips, Sohio, and Sunoco. Sunoco and Phillips were the successful bidders for the 5,120 acres composing the U-a federal lease tract that sold for $75.6 million at the 1974 Federal Prototype Oil Shale Lease Program sale. Shortly after the first sale, Sohio joined the venture and the WRSOC was formed. In 1975, the group paid an additional $45.1 million and acquired the 5,120-acre U-b tract that was adjacent to the U-a tract. Between 1974 and 1976, the WRSOC drilled 18 wells on its leases and created a detailed development plan that was submitted to the federal government in mid-1976. The development plan called for a 179,000-ton/day mine that would be supported by a 100,000-bbl/day surface retort at full commercial operation. Later that year, the leases were suspended because of environmental and land title issues and remained suspended until the early 1980s. Once these issues were resolved, the venture ultimately constructed mine service buildings, water and sewage treatment plants, and a 1,000-ft-deep vertical shaft and inclin ed haulage way to the high-grade Mahogany Zone of oil shale. Several tens of thousands of tons of oil shale were extracted to test mining conditions and retort technology and economics. The project was abandoned before commercial operations were achieved when market conditions deteriorated in the mid-1980s.
Although the six Utah oil shale projects reached various stages of completion during the late 1970s and 1980s, none were able to reach commercial operation. Both mining with surface retort and in situ recovery methods of shale oil were investigated in Utah. The legacy of the surge of interest in oil shale development in the late 1970s and early 1980s is a wealth of resource, engineering, and baseline environmental data that will be useful in future efforts to develop oil shale resources.

list of failed projects in colorado:
ARCO in colorado
occidental oil at Logan Wash
union oil of california parachute creek plant in colorado project
the Colony project: After spending more than $1 billion, Exxon announced on May 2, 1982, that it was closing the project and laying off 2,200 workers. No shale oil was ever produced commercially
Gulf Oil Company and Standard Oil Company of Indiana formed the Rio Blanco shale company to mine Piceance Creek Basin they failed in 1984
TRW, Inc.’s Naval Oil Shale Reserves (NOSR) Project was conducted under the direction of the Secretary of Energy and included three sections of land known as NOSR 1, 2, and 3. NOSR 1 and 3 were located in Colorado and NOSR 2 was located in Utah.
Multi Minerals Corporation (MMC) , a subsidiary of the Charter Company, signed an agreement in April 1979 to operate a U.S. Bureau of Mines research tract known as Horse Draw. The site was closed in the late 1980s.
Equity Oil Company and DOE launched a project known as the BX In Situ Oil Shale Project in 1977
In the 1970s, Chevron and Texaco participated in a consortium of companies that supported the Paraho Oil Shale Project at the Anvil Points facility, west of Rifle, Colorado. n 1981, Chevron Shale Oil Company and Conoco Shale Oil, Inc., began the Clear Creek project on a 25,000-acre tract of private land north of DeBeque. A 350-ton/day retort was constructed and successfully tested at the Chevron refinery near Salt Lake City, Utah. Crushed rock was moved to the retort by rail. A small amount of shale oil was produced, but because of the drop in oil prices, mine construction was halted in 1984. The commercial phase of the project was not reached, and the mine has remained closed.

Petroteq has been successfully using our system to scam investors and residents of Vernal Utah for years. The Utah Division of Oil Gas and Mining has finally ended the NOI permit at TMM Asphalt Ridge and ordered Petrorteq to begin reclamation in April 2022 that was to be completed by July 30 2022. It is unclear if they have done any reclamation.

A February 4, 2022 letter from Asphalt Ridge Inc of Reno Nevada indicates that Pertoteq has been evicted from their mine site at Temple Mountain for non-payment of rent. Asphalt ridge Inc. is the owner of the land where Petroteq was operating their project.  The termination of Petoteq’s right of Entry onto the property effectively terminates their mine permit at Asphalt Ridge outside of Vernal Utah.

I have been warning folks that this project is a scam for several years. The company run by Aleksandr Blyumkin has had name changes and multiple partners throughout the life of the project which was permitted in 2013. During the time they were operating as MCW they were evicted from land held by SITLA.

In June 2022 the SEC filed  cease and desist proceedings against Petroteq.

They are ordered to correct the fraudulent statements in their SEC filings and pay these fines:

Aleksandr Blyumkin shall pay civil penalties of $450,000 to the SEC on a similar schedule.

The connection should be made that David Sealock was the CEO of Petroteq from March of 2018 until 2020 when he left Petroteq and bought the bankrupt “US Oil Sands” tar sands strip mine at PR Springs which was called “2020 Resources”. Now it is called “Sky Quarry” owned by David Sealock who moved from Canada to Salt Lake City to run the Sky Quarry scam.