Tar sands are sedimentary rocks that contain bitumen, a heavy hydrocarbon that can be turned into usable oil through a lengthy process that requires a tremendous amount of energy and water. 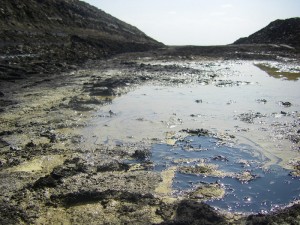 Oil extracted from tar sands is called crude bitumen. Bitumen is a thick, sticky, black oil that will not flow to a well in its natural state. 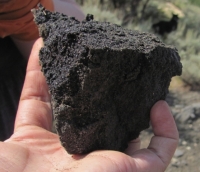 Bitumen is extracted from the mined tar sands through a process that mixes the tar sands with hot water or chemicals to separate the bitumen from the sand.

In preparing to the land to strip mine for tar sands or oil shale all trees and vegetation must be stripped from the surface and underlying soils are removed to reveal tar sand deposits.. 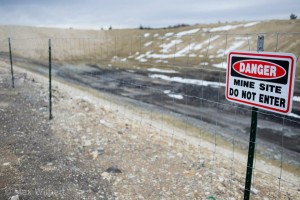 US Oil Sands tar sands test pit with Main Canyon in the background.

It takes approximately two tons of tar sands along with another two tones of overburden (containing soil, sand, clay and rock) to yield one barrel of oil.

How are tar sands different in Utah than in Canada? 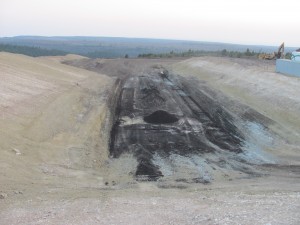 What does it take to turn this rock into oil?
What happens to the wastewater and chemical solvents used in the process?
What is oil shale? What threat does it pose?
Mining tar sands and oil shale devastates ecosystems.
Tar sands and Oil shale mining would make our rivers and aquifers toxic.
Tar sands and oil shale strip mining are the dirtiest forms of energy on the planet
These types of mining operations are expensive, speculative and previously failed.
What has happened in Canada