Utah does not need an oil extraction railroad

In 2018 and 2019, the Community Impact Board (CIB) illegally gave nearly $28 million in public funds to Seven County Infrastructure Coalition.

This money is to launch the largest railroad construction project in the United States in several decades.

The train would carry oil, not passengers, from Utah’s Uinta Basin to distant national and global markets. This oil train railway could unlock a frenzy of new drilling and quadruple oil extraction in the basin. This would be a train-wreck for the region’s air, water, lands and wildlife. Furthermore, it would accelerate the already dangerous public health and environmental effects of global warming. 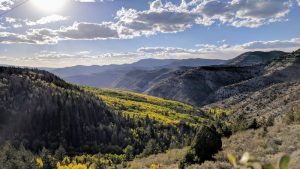 The project’s backers, Utah’s Seven County Infrastructure Coalition, claim the multi-billion dollar railway would be a boon for local communities, but they have provided few details. The SCIC has failed to involve the public or landowners in the path of the railway. They have ignored or manipulated the public hearing process. The rules  require more open public discussion and involvement about how public money is being spent.

This is a time when we should be planning to diversify struggling rural economies. Building an oil extraction railroad would make the communities of the Uinta Basin more captive to the fickle global price of oil.

We can and must chart a smarter, safer, more resilient path forward.

Please check out the site and sign the petition!