Our work is supported by a thoughtful community

Many individual acts and actions by all sorts of people come together every year to support UTSR. We have been fortunate to receive a generous grant to buy healthy food! At the same time we can support non profits through our purchases. Yesterday we went to the Utah COOP to purchase local and organic food for this years vigil. 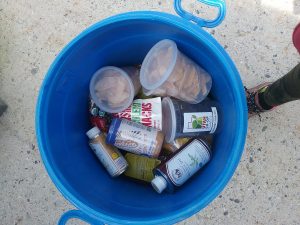 Healthy food from the Utah coop

When you buy from the Utah coop there is no sales tax!  Thank you LUSH.

Purchasing bikes from the bicycle collective in Salt lake City is one way we support non profits.

A group of concerned persons attended the monthly SITLA board meeting to speak during the public comment period. SITLA often uses Utah’s school children as a tool to distract and confuse the public about the trust lands of Utah. Students from Utah YES   let the SITLA board know that as trust beneficiaries they want SITLA to consider climate change and SITLA’s role in preventing or creating harm for future generations of Utah’s school children.

Here are some videos of folks speaking at the  meeting in November.

Students address SITLA board of trustees

Here is a clip of some High School students in Salt Lake city who took the time to attend this public meeting and ask some questions of the SITLA board of trustees. These students are beneficiaries of the trust. Listen to the board responses.

The students asked the board about climate change and the effects for future generations.

Another student asked about SITLA”s role in causing air pollution.

The board was aloof and somewhat condescending to the well informed students who are the beneficiaries of the school lands trust.

The students were from West High School, Salt Lake School for the Performing Arts, Highland High School and The Academy for Math Engineering and Science.

Utah Tar Sands Resistance had 2 speakers and other people of all ages spoke.

SITLA is entrusted with leasing and developing state trust lands

For the benefit of primarily the K-12 public education system in Utah, SITLA is constitutionally mandated to generate revenue from trust lands to build and grow permanent endowments for the beneficiaries.

The seven member un-elected board has no direct public accountability. All of the board members have ties to either fossil fuel interests or real estate development. They are responsible for the management of leases on these trust lands.

The public has many concerns about SITLA.

These include individual trustees conflict of interest which can (or has) led to decisions which may benefit board members or their colleagues. Furthermore, SITLA’s policy promoting oil shale and tar sand strip-mining has failed. Millions of dollars have been spent and not one barrel of oil has been produced commercially. Pristine lands, most of which are within the Uncompahgre reservation boundaries, have been devastated.  Recent failed or failing projects include: US Oil Sands, Red Leaf Resources , Enefit Energy, and MCW Energy (now called Petroteq). Everyone of these projects is unprofitable, un-reclaimed, harmed land, bankruptcies, busted communities have been the legacy so far.

Lonnie Bullard insults his critics and the beneficiaries. Gee …

Later in the meeting after the public comment period ends and the students leave, to return to class I presume, Board member Lonnie Bullard the SITLA board vice chair takes the floor to insult the students and the rest of us who remained.

Board member Mr. Lonnie Bullard takes time during the monthly meeting to insult the students, who are the beneficiaries of the trust, and the other folks who spoke. Some of the students who spoke were not even offered chairs in the mostly full room. They were attending the meeting at 9 am likely missing some school classes, to speak during the 10 min public comment period which occurs at the beginning of the 2-3 hour meeting. Mr Bullard insulted the students for leaving before the meeting ended. I pointed out that the students likely had to return to high school. He also criticizes “people who choose to spend the time in tents and on lines” for wanting a magic wand. UTSR did in fact participate in the governors clean energy alliance by suggesting that Utah take tar sands and oil shale development OFF the governors energy plan. Needless to say this proposal was not accepted.

UTSR welcomes the formation of PANDOS in Salt Lake City.

From the PANDOS web page:

Inspired by the struggle at Standing Rock, we are a newly formed group of activists, community leaders, and compassionate humans. PANDOS peacefully advocates for basic human and environmental rights, primarily Native rights, and organizes support to encourage dialogue and the protection of our shared home through this work, PANDOS brings dialogue to local struggles.

PANDOS is a Utah-based, Native and environmental rights organization that began in September 2016. It was started in response to the Dakota Access Pipeline Protests at Standing Rock. The Standing Rock struggle brought a spotlight to the interconnected issues of environmental racism and Native sovereignty that have long been ignored. These issues effect and unite Native and non-Native communities alike, all across America.

We work with community leaders, tribal leaders and activists to raise visibility for Native American and environmental issues. This work is done through dialogue, education, mass mobilization, and direct action.
​
PANDOS welcomes people of all colors and creeds to join together in solidarity to promote healing dialogue and protect our shared home. Therefore we seek to educate the public and influence decision-makers to create policy that addresses the impacts of systemic racism and environmental injustice. We are an all volunteer organization – join us today!

Our Mission Statement: “PANDOS peacefully advocates for basic human and environmental rights, primarily Native and Indigenous rights. By organizing support and education, we encourage dialogue and the protection of our shared home​”. We are a diverse group of both native and non-native people who are passionate about working together to ensure this mission.

Utah Tar Sands Resistance and other Utah Land Defenders painted and placed a banner near the gate to the tar sands processing plant at PR Springs Utah, in the remote Book Cliffs, on the Ute’s Uncompahgre Reservation.

We say NO Pipelines! NO Stripmines! in North Dakota, or Utah! in solidarity with all of the brave persons and other beings who are on the front lines at the Sacred Stone Camp, Red Warrior Camp, and Oceti Sakowin Camp in so called North Dakota.

We respect and admire the call to protect the water at Standing Rock.

We call on others to take action and protect the water where ever you live.

14 people unreasonably detained for several hours and 10 adults arrested after a nature walk with children, Seep ridge Road, Uintah County, UT – Ten participants of Utah Tar Sands Resistance’s 4th annual family camp out on the Tavaputs Plateau have been arrested after completing biodiversity studies close to the country’s first tar sands strip-mine. A group of children and adults walked to the wooded area next to the Children’s Legacy camp site to count plants and identify different species, in an area that several members of the group had camped at freely in previous years.

During the annual inter-generational camp out officer Ronald Barton detains families as retaliation for protesting against a tar sands strip mine.

Upon returning to their vehicles they were met by Ronald Barton, Special Agent for the Utah Attorney General’s office who told everyone they could not leave stating he was detaining the group for trespassing on state trust lands.  Ronald threatened to charge parents with reckless child endangerment. He also instructed a news reporter who had wanted to follow the group that she would be arrested if she attempted to do so.

Near Children’s Legacy camp site, a Canadian company, US Oil Sands is hoping to extract tar sands. They are leasing SITLA land (which is public land).

Inter generational camp out trailer at the horn.

Shea Wickelson, who led the biodiversity lesson, is a science teacher in Salt Lake City: “I have been camping here with my family for the past four years. Last year, we took some biodiversity data with my son and others. This year we wanted to see how the mining expansion has impacted the area and take new data. We were surprised to see the area so razed because we had read that US Oil Sands was ending development, but it looks like a significant expansion to us. I am disappointed to find out that my family and I are no longer allowed to be on the public land that we have been visiting for the past four years.”

Natascha Deininger of Wasatch Rising Tide: “It’s ironic that local law enforcement is so concerned with protecting industry interests, when the land in question is actually public, and was ultimately stolen from the first nations of this area. It is outrageous that a science teacher is being detained for teaching kids about biodiversity on public land, while US Oil Sands is destroying hopes of a livable future.”

Raphael Cordray of Utah Tar Sands Resistance: “We have a responsibility to the public to document and witness the damage to the area. We are investigating a crime scene and making records of what is happening here. The decision makers and regulators are ignoring the real concerns about this project.”

for another account of these events see Deanna Taylors blog:

Protest erupts in Salt Lake City Utah. The proposed mining area in Utah is the first permitted tar sands mining in the United States. While the Bureau of Land management have identified tar sands rocks in as many as five states, Utah sets the precedent. The most current tar sands mining permits are in the scenic Book Cliffs area, visible from Arches National Park, and the most threatened site is at PR Springs.

“Destruction of education trust lands through tar sands mining is contrary to the mandate of this agency, which requires them to maintain the land for the long term,” said Mark Purdy of Utah Tar Sands Resistance.

An article in the Desert News stated: “The proposed mining operation would occupy a 213-acre site in the East Tavaputts Plateau straddling the borders of Uintah and Grand counties. An ore processing facility would accommodate up to 3,500 tons of ore per day in the production of bitumen. The extraction process would require 1.5 barrels to 2 barrels of water per barrel of bitumen produced… The company will have to post a reclamation bond of nearly $1.7 million before any work is allowed to begin at the site.

Last year Earth First! protested tar sands development in Montana, shutting down the state capitol building for a day and even dancing on the governor’s table.