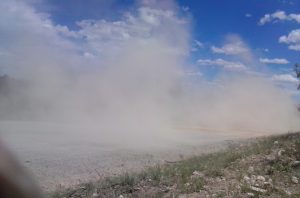 The Community impact board provides a smoke screen for sweetheart projects to receive public money with little or no input from the public.

The report also documents that needed infrastructure projects in rural communities are not funded while Utah leaders use federal lease revenues and royalties to help the fossil fuel industry, by funding polluters, including a proposed oil railway and oil refinery. 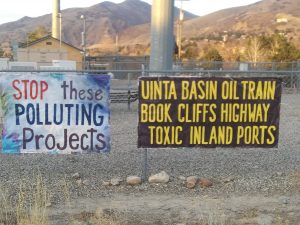 The Community impact board is funding several polluting projects with royalties that were intended for rural communities.

Oil, gas and coal companies pay the federal government for the right to develop federally owned minerals on public lands and pay royalties for any minerals they extract. Congress intended this money to be used to help rural communities experiencing rapid growth and infrastructure challenges because of fossil fuel extraction.

Utah is responsible for allocating the money to affected communities. But today’s report found a large portion managed by the governor-appointed Permanent Community Impact Fund Board has been used to enable fossil fuel extraction. Meanwhile, millions of dollars of community projects identified by rural communities have gone unfunded, including water and sewer services, recreation centers, road improvements and public safety equipment. 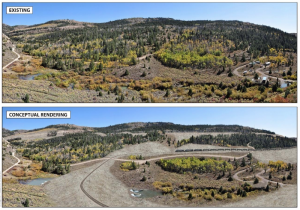 Surface Transportation board rendering of the Uinta Basin Oil train.

Today’s report amplifies the findings of a 2020 report from Utah’s Office of the Legislative Auditor General, which raised serious concerns about the Community Impact Board, including that the board improperly funded economic development projects. The board continues to misuse public funds despite the audit’s findings and recommendations.

Utah Tar Sands Resistance is proud to be a part of the Utah Clean Infrastructure Coalition.