Good Morning. I want to tell the board how they are being used to defraud investors and local communities as well as defrauding the Trust through questionable business practices. And I ask you to stop this. SITLA and the board of trustees have a duty to make sure that they and the trust are not being used to generate transactions for pump and dump penny stock scams. SITLA has spent trust money to create an OBA for Viva Ventures Oil Sands LLC. On March 20, 2019, the School and Institutional Trust Lands Administration Board of Trustees approved this OBA for Viva Ventures Inc. Viva ventures subsequently made a the following paid press release:

“Utah Trust Lands Board Approval Substantially Increases Vivakor Oil Sand Resources LAS VEGAS, NV / ACCESSWIRE / March 25, 2019 / Vivakor, Inc. (OTC PINK: VIVK ), a technology and asset acquisition company with a focus in the area of natural resources, received approval from the Board of Trustees for the Utah School and Institutional Trust Lands Administration (SITLA) for a bituminous/Asphaltic sands mineral lease in a 1440 acre area of Eastern Utah known to have enormous heavy crude, bituminous sand deposits. ″We are pleased the SITLA Board unanimously approved this mineral lease, allowing us to work with the State organization in verifying the asset reserve and ultimately deploying our technology on this vast 1440 acre area. We have a great working relationship with them, successfully operating on their properties previously, demonstrating our commitment to the area and the viability of our technology. Our Remediation Processing Centers (RPCs) are the key to unlocking and finally monetizing the literal billions of barrels of heavy crude trapped within sands in Eastern Utah,″ stated Vivakor Chief Executive Officer Matt Nicosia.”

However the VIVAKOR press release was used to stimulate stock transactions and generate investment and trust in Viva Ventures and Vivakor. This was a classic pump and dump. VIVAKOR issued mis-information to drive up their stock price and then the directors dumped their worthless stock options into the heated market. At the March 20, 2019 SITLA meeting it was shown by a member of the public that Viva Ventures Oil Sands Inc. had an expired business registration and thus was not authorized to do business with SITLA or anyone in Utah. Further questions were raised at the meeting about this transaction by Director Foote and Director Woodbury. however the board still approved the contract. Riverton Mayor Trent Staggs represented Viva Ventures Oil Sands at the public meeting and testified on behalf of the company in their effort to gain approval from the board for an OBA they had no intention of executing. Here is a portion of his statement: “Um I’m here, I’m an elected official in this state. I’m very vested in this community and our our company is as well” …. Most absurdly he claimed they would clean up mother nature’s mess in Eastern Utah:

“This land owned by sitla, the sitla property can be successfully a remediated we view it all the same it is remediation whether we are cleaning up a oil spills in the middle east or we like to say we are cleaning up mother nature’s mess in eastern Utah” -Trent Staggs 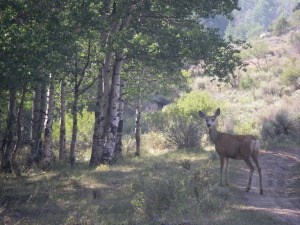 Trent Staggs says he will clean up mother natures mess. Here is an area Vivakor will “remediate”

Mr Woodbury pointed out that remediation is not the same as subsurface mining. SITLA director, David Ure vouched for Viva Ventures and encouraged the approval. It was stated by Jerry Mansfield that they have a process to check if a company is licensed to do business in Utah before they sign the lease.

Why doesn’t the staff verify the license of an applicant for an OBA before spending staff time and resources on creating an OBA that may never be signed?

What follow up has been done on this contract why has the board and the public not been told that the deal never went through?

How much time and money was spent on this OBA arrangement?

What will the board do to keep from being used like this to manipulate stock prices?

This board has a duty to respond to the repeated use of SITLA lands, lease holds, resources and staff to perpetuate false value in impossible plans to turn rocks into oil. How many companies will you aid in defrauding communities, investors, tax payers and most importantly the school trust?

and never completed there project or made money for SITLA: US Oil Sands now renamed 2020 resources, Red Leaf Resources, MCW Energy now renamed as Petroteq energy and  Enefit. These companies have however generated significant financial investments from investors and local communities. Although none of these companies are profitable they do pay large salaries to their ceo’s.

Shame on SITLA for continuing to ignore this scam.

Join the Virtual SITLA Board meeting 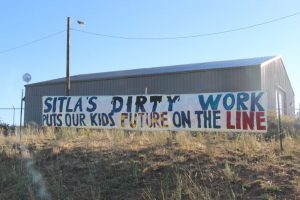 US Oil sands went bankrupt and defaulted on payments to SITLA.

SITLA will hold a monthly board meeting on Thursday August 13 at 10 am.

See the agenda here with instructions. 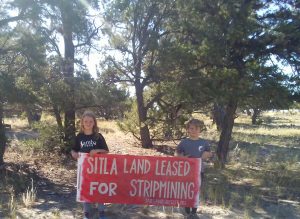 SITLA land on Seep Ridge road should be restored to the Ute tribe. It is part of the Uncompahgre reservation stolen through the dawes act.

You can register now or by 9:50 am Thursday if possible. 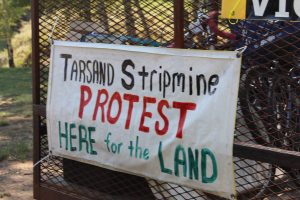 Here is how it happened.  In January 2018 SITLA  (School and Institutional Trust Lands Administration), held a Board Meeting and Retreat where they mistakenly handed me a Confidential Agenda. Most importantly, the SITLA Board’s use of a confidential agenda was a serious violation of the Utah Open Public Meetings act (OPMA). Therefore, after hours of research, talking to attorneys and help from many sources, I sued SITLA myself and on behalf of Utah Tar sands Resistance for  the OPMA violation. See the lawsuit here: Cordray vs SITLA

In the year since I have met with attorneys for SITLA several times and sought many improvements to SITLA’s public meeting process.  As a result of this lawsuit SITLA has corrected earlier mistakes and is proposing a settlement agreement for SITLA to follow and exceed OPMA requirements. We are currently continuing to negotiate an agreement with SITLA to settle this lawsuit. 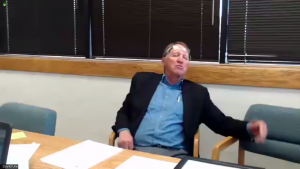 We have had a lot of movement and improvement on virtual meetings. For instance  SITLA agreed to make all board members visible on the screen at the same time (gallery view). Also they now allow live public comment during the meeting including verbatim reading of written comments into the record by SITLA staff. Other areas of focus have been the requirements for specificity of the agenda and proper public notice as well as applying the specificity to the closed meeting topics on public agendas.