I cannot help thinking about the Earth and nature as we watch humans around the world stop many daily activities. Civilization as we know it is on hold and the air and water are getting clearer everyday. 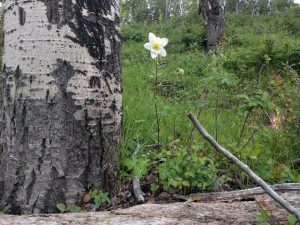 As the value of oil and gas collapses it reveals more problems created by fossil fuel dependency. Now is the time to turn to renewable energy.

Tar Sands value in Canada was falling even before the Covid 19 pandemic. In Utah tar sands has never made a profit. It is clear that we should stop wasting money and land on extreme energy projects like tar sand and oil shale development in Utah.

For several years now SITLA has been promoting speculative tar sands projects that will never come to commercial success. Many groups have been saying this to SITLA for several years. By promoting unrealistic extreme energy projects and fossil fuel speculation on school trust lands SITLA added credibility to an old scam. 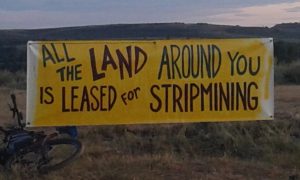 Now they are going to try and save a sinking ship The Salt Lake Tribune reported last week:

“SITLA is looking at policy changes to give operators some relief, Adams said, such as waiving the standard penalty on those who shut in wells and extending the terms of leases.”

SITLA is facing a sharp decrease in revenue from the pandemic they should not be providing relief to fossil fuel projects.