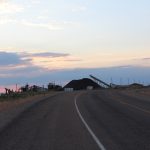 Seep Ridge road near PR Springs ends at tar mine. 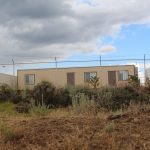 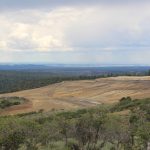 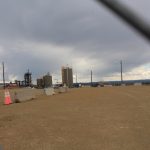 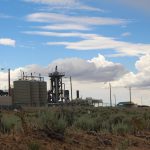 Idle mine equipment at US oil sands failed tar mine 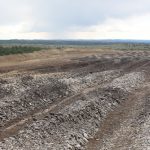 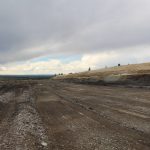 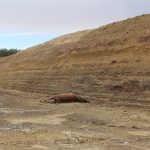 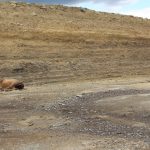 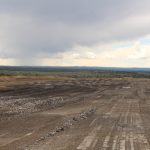 Pit one of tar strip

Daily observation shows US Oil Sands mine idle, and a lot of nothing happening at the PR Springs tar processing factory and the million dollar machines that are yet to actually work. The 99 acres including the beloved Children’s Legacy camp site are cleared of visible life. The tar layers are exposed even some “ore” has been collected and piled at the bottom of a giant conveyor belt that never moves. A few workers are on site. No longer needed is the 25 person bus from vernal that arrived every weekday last summer. 2 or 3 vehicles arrive on some days and work in the factory compound. No activity is happening at the mine pit.

USOS has disclosed the lack of funds and inability to actually operate its process for 30 days as most recently promised and expects to operate for 5 days to show it can. But can it? USOS has been just about to produce oil since 2008. They have paid the corporate heads a lot of money over the years and spent a lot on the “factory” and mine but no oil has been produced. This is a victory for Earth!

My research reveals a lucrative scam that has been enriching some and harming most for many years. There are key players and paid politicians who have been perpetuating the get rich pipe dream.

The truth is tar sands or oil shale strip mining, upgrading into a use-able fuel and delivering to a viable market at a profit is a far off pipe dream in Eastern Utah.

Take a look at Canada and the reality of tar sands mining in Alberta to understand the amount of infrastructure and energy involved in the commercial production of oil. Billions of dollars were spent on the mines, factories and infrastructure to deliver the tar to market before ANY profit was returned on the investment.
Even though policy makers in Utah have repeatedly claimed there is more oil here than in Saudi Arabia the reality is that the tar sands and oil shale are rocks and sand mixed with bitumen or kerogen, lacking the water molecules present in Athabasca tar sands and cannot be extracted the same way it has been done in Canada.

Several attempts have been made and many false claims have been repeated by various start ups and a few big oil names over the years. None of these hopefuls have made any commercial product.
History shows a poor regulatory effort including out right instructions in the record of how to avoid certain regulatory triggers and admitted failure to enforce clean up or “reclamation” policies. Rural communities in have experienced boom and bust cycles with real folks loosing their jobs and homes. All the while US Oil sands CEO’S are paying them selves big salaries for running these great scams.

We continue to resist tar sands and oil shale development by exposing the scams. 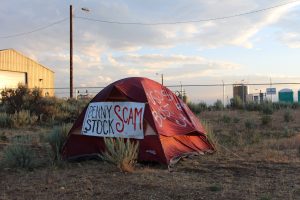