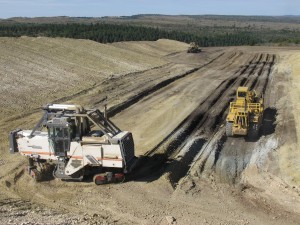 US Oil Sands scam includes exposing the “tar” layer at the mine site.

This is the 6th year of Utah Tar Sands Resistance opposition to the destructive mine plans of the Canadian Corporation, “US Oil Sands” or USOS. US Oil Sands scam is occurring on SITLA  controlled land. USOS has been leasing 50 square miles in the Book Cliffs from the State of Utah for tar sands strip mining since 2005. USOS claims they will produce oil this year, USOS has been claiming this every year, since 2008.

Actually US Oil Sands has yet to produce oil commercially from their project in Utah. US Oil Sands is a scam.

USOS has spent over 100 million dollars building the strip mine and tar processing facility at PR Springs. They have destroyed 100 acres of pristine forest and hold leases to 32,000 acres for tar sands strip mining. In the 4th quarter of 2016 they announced they were out of money and they laid off  most of their employees. 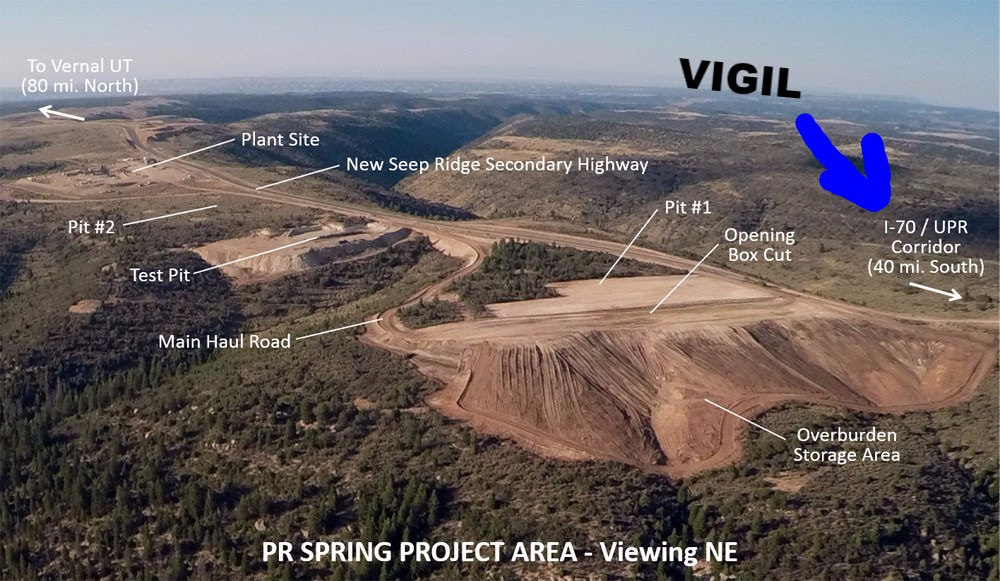 In January US Oil Sands obtained an additional 12 million dollars and is again claiming they will produce oil early in 2017. Our research shows that the Utah department of oil gas and mining (UDOGM) re-assessed the amount of the reclamation surety bond (Likely from our complaints) from approx $376,000.000 to $728,000.00 and they received and extension to pay this bond by February 15th. Which they did pay on Feb 14th according to UDOGM.