Life is not going to return on the abandoned tar sands mine over the hill from US Oil Sands’ site in the Book Cliffs any time soon. Called the “Bryson 4,” it has lain barren for over three decades, the hilltop scraped away to reveal a flat expanse of tar sand rock, like an uneven asphalt parking lot. Mounds of crumbled rock sit as if waiting to be processed in the rusted contraption that sits below the pulverized hill, rubble frozen onto its output chute as if time has stopped.

But nature still tries to return. Last week, a flock of ravens sat atop one of the rock piles, and it became apparent that they had been snacking on small fish and tadpoles that had somehow emerged in the unlikeliest of places–a green cesspool of a puddle that had collected on the exposed tar sands.

It was mere inches deep–probably not large enough to call a pond–yet the fish, frogs, and insects had taken advantage of this tiny haven on the wounded hilltop. It would certainly dry up eventually; it surely wasn’t an earmark of progress for the failed reclamation of the site. And it suggests that when the land returns, it may look radically different than it did before. The beings inhabiting it could have illnesses or mutations from lifelong exposure–or total submersion–in toxic waste. No, this is not a resurgence–it’s a call to trust nature, in her infinite ingenuity; to celebrate the miracles that abound all around us, rather than fracturing and pulverizing all the beauty that is here, all the beauty that is home to so many. 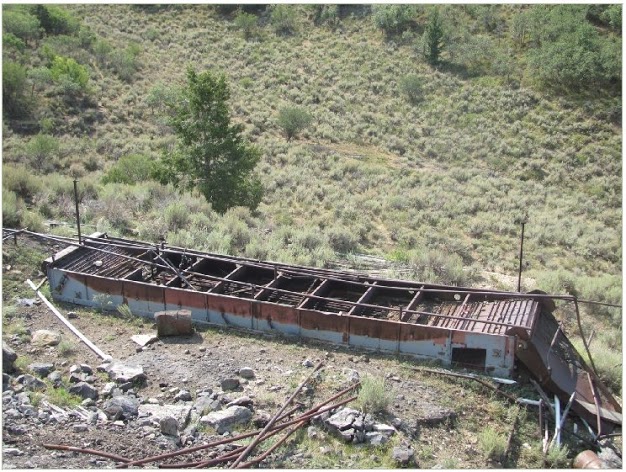