Two weeks ago, tar sands resisters returned to the East Tavaputs Plateau to set up an ongoing protest vigil on the land leased for tar sands extraction. We came to witness, to document, to show people the land and inspire them to stand against tar sands, oil shale, and all extreme extraction.

We are now excited to tell the world that we’re back, and we’re not leaving until US Oil Sands gives up and goes home. 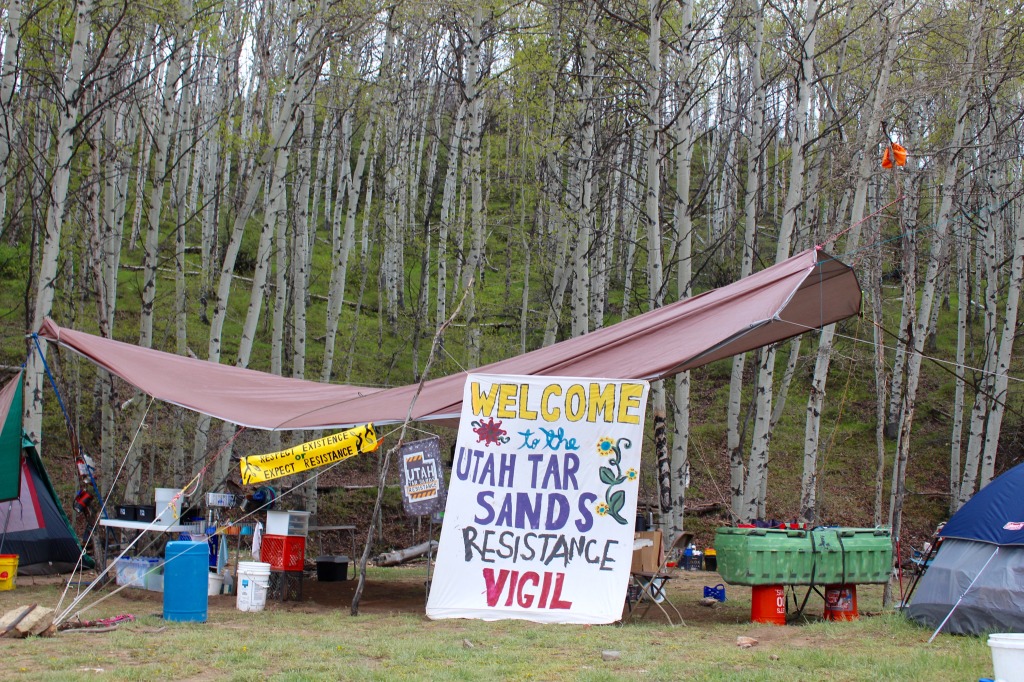 In this remote area of the Book Cliffs, a start-up company called US Oil Sands has leased 32,000 acres of land managed by the School and Institutional Trust Lands Administration (SITLA) for tar sands mining. Based in Alberta, Canada, US Oil Sands is a striking example of how corporations pay no mind to the same borders through which regular people are so often denied access. The company says it plans to begin commercial production in late 2015.

Tar sands mining would turn this lush wilderness into a bleak moonscape of gray rubble. It would level the canyons teeming with life, and send toxins into the waterways that feed the Colorado River, which 40 million people rely on for survival. And because tar sands refining is an incredibly dirty process–even compared to refining of regular crude–it would also pump toxins into the air of people in Salt Lake City. All this would support the production of a low-grade fuel that would never even be feasible without heavy subsidies, because it takes much more energy to extract than regular crude. 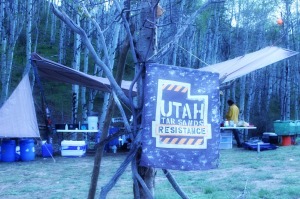 Last year, our ongoing protest vigil lasted through US Oil Sands’ work season, from mid-May through late October. We hosted numerous groups and individuals at our public gatherings, giving people tours of the land and inviting them to become part of the popular resistance against tar sands mining and for a livable future.

We’re thrilled to be returning to the land we love so deeply. It’s a land with a rich history, part of the Uintah Ute Band’s homeland and their traditional hunting grounds. It’s a land filled with bears, cougars, coyotes, and countless other species. So far this year, we’ve seen deer, elk, turkeys, and a coyote. And lately, it’s been a land of rolling thunder and sudden downpours, but fortunately we spent last summer practicing our tarping skills.

Please DONATE to this effort to help make our protest vigil a huge success!

Things seemed quiet on US Oil Sands’ work site at first, though we witnessed some activity

this week. We know it’s awfully hard for those big machines to work on muddy ground–the East Tavaputs Plateau has been holding her own against the ongoing violence enacted against her. 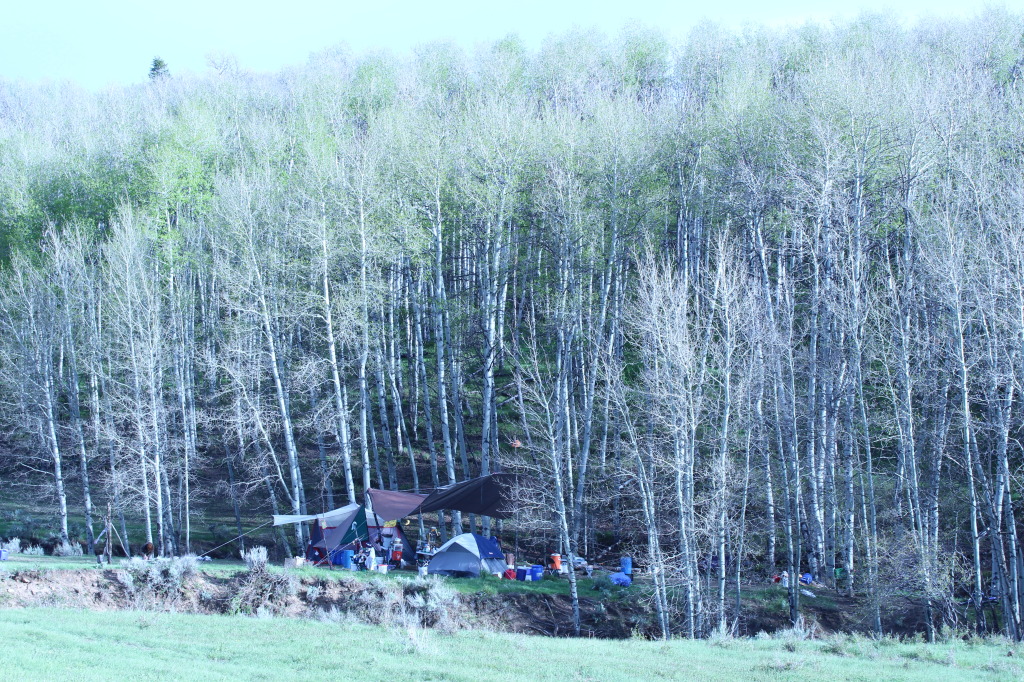 this battle through the court system. On June 12, 2014, the EPA issued an order to US Oil Sands demanding that they gain additional permitting to deal with stormwater runoff before continuing

with their project, because they are operating on an area deemed “Indian Country” under federal law. The company continued bulldozing, and nobody made them stop–that is, until 80 folks took direct action in July, shutting them down for a week. But during that action, the police worked to arrest the folks taking action and protect

the company, paying no mind to the fact that they were operating illegally.

Living Rivers is pursuing a legal challenge to the mine. Their first case was dismissed on a technicality by the Utah Supreme Court in June 2014, but they recently filed another suit that cites more recent evidence of how US Oil Sands would pollute the watershed of the Green and Colorado Rivers. We fully support Living Rivers and believe this is necessary work, but we aren’t banking

on the court system–and we hope you aren’t either. 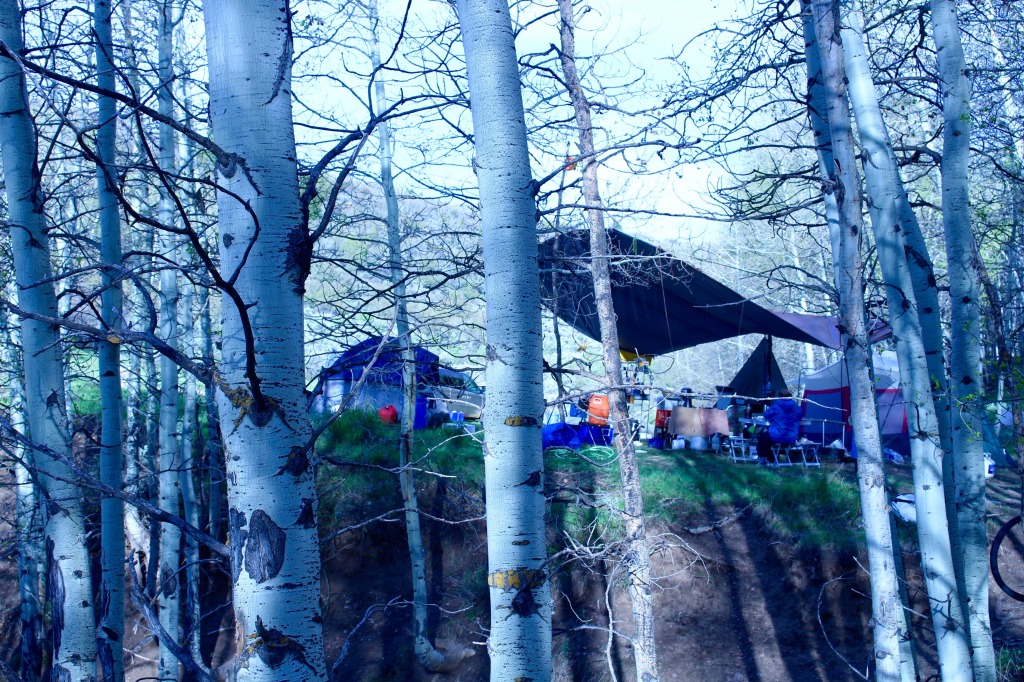 Back at the home front, we’ve been preparing for upcoming gatherings like the June 19-21 Intergeneration Campout. We look forward to sharing this summer and fall with new and old friends, witnessing all the plateau’s seasons along with the growth of our vibrant community of resistance. We hope to see you soon

on the East Tavaputs Plateau! 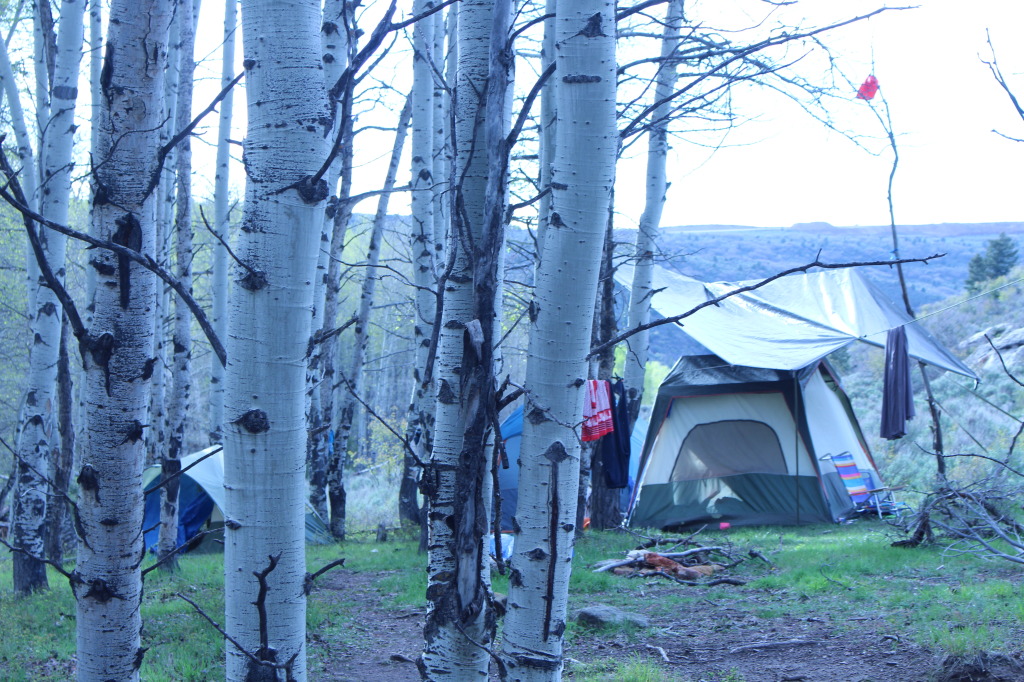 Please DONATE to this effort! Thank you for all of your help and support.