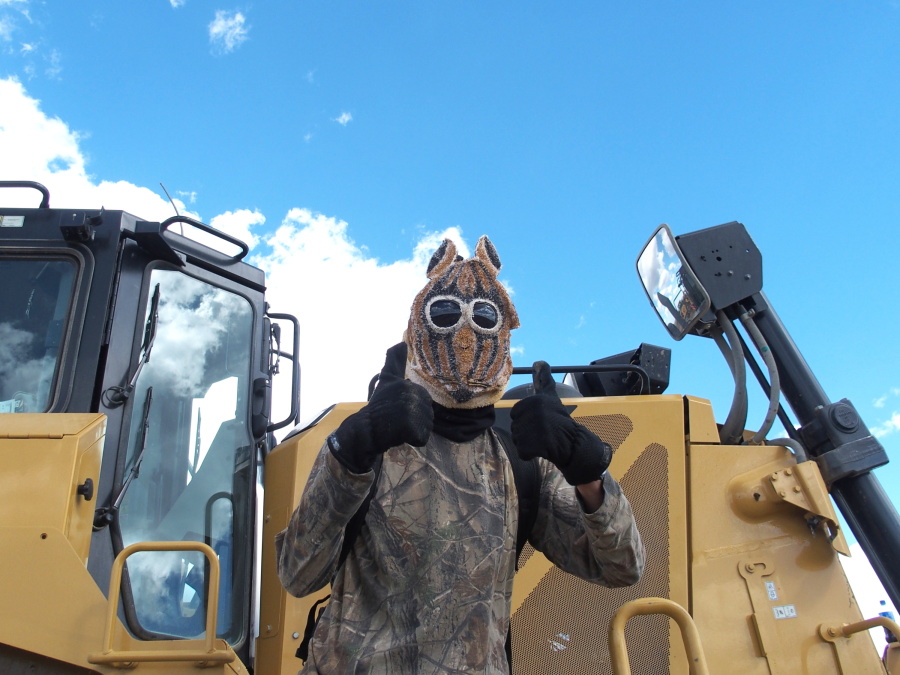 PR SPRINGS, Utah–Protesters again stopped work at the construction site of the first tar sands mine in the US.  Five people were later arrested and jailed but the campaign to stop the mine said the resistance will not relent until all tar sands plans are canceled.

By moving quickly through the site to obstruct numerous construction vehicles, just a handful of speedy protesters were able to shut down the enormous construction project on a sprawling 213 acres in Utah’s Book Cliffs.

“Direct, physical intervention is necessary to halt the completion of this toxic project,” said one protester. “If just five percent of those people at the People’s Climate March in New York City came to Utah, we could shut down tar sands construction for good–and probably get away with it.” 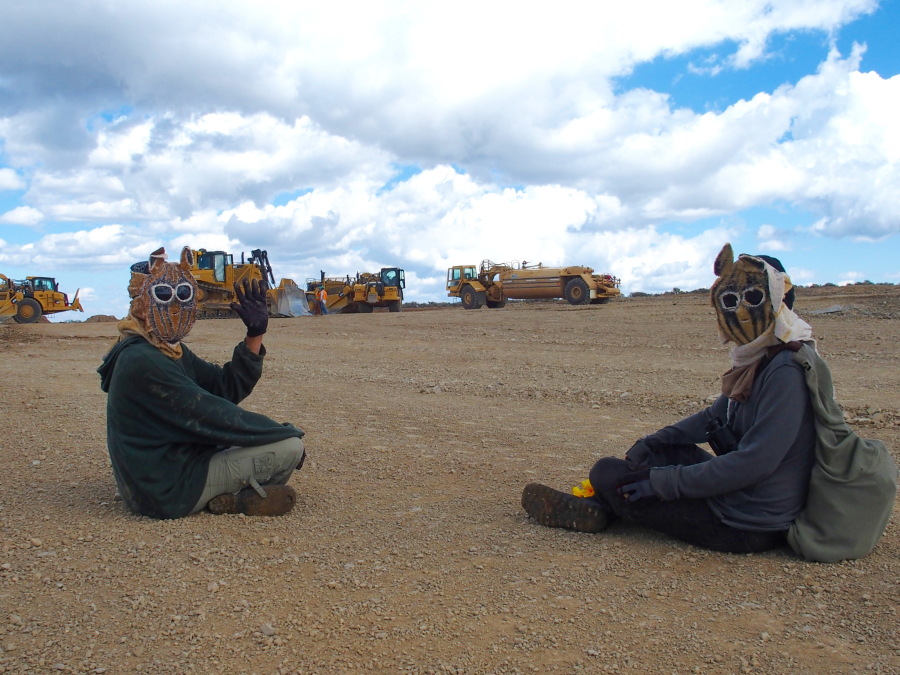 A playful video of the action released by Utah Tar Sands Resistance shows protesters donning chipmunk masks, running, dancing and posing for pictures among the many halted machines.

Despite the humor, protesters say Utah tar sands development threatens the safety of drinking water for 40 million people and would cause irreparable damage to the land, including clear-cutting of old-growth juniper, fir and pine forest.

US Oil Sands began major construction of their strip mine in 2014 and hopes for commercial sales beginning sometime in 2015. Hundreds of people have participated in actions disrupting construction work this year, vowing to prevent functioning of the mine. Including the new five defendants, 27 people from Utah and throughout the Americas are facing criminal charges in connection with protest actions.

Construction of the mine is scheduled to end this month due to oncoming winter conditions. Protesters have vowed to return in the spring.

The tar sands industry is not threatened by symbolic media actions. Direct physical intervention is necessary to halt the completion of this toxic project. What we did was necessary, but it was not enough. We need more people to intervene to roll back US Oil Sands’ assault on land, water, plants, animals and indigenous sovereignty. We encourage everyone to act to halt construction and note that it is no one’s duty to hand themselves over to the state each time they disrupt dangerous projects. We knew we were risking arrest of ourselves or nearby friends who weren’t even involved in this action, and we do not regret our actions. But please, anyone who is able: disrupt the tar sands industry, halt construction and operations and get away with it! Hundreds of thousands of people Sept. 21 marched in New York City just to have a parade for the media. If just 5 percent of those people came to Utah and engaged in direct action, we could shut down tar sands construction for good–and probably get away with it. Our friends who were arrested were subjected to abuse and trasmisogyny from police and jailers that left all of us in a state of terror regarding the welfare of our trans woman friend who was kept in solitary confinement–where the jailers had ample access to abuse her without witnesses, a regular occurrence for incarcerated trans people. No justice seeker should feel compelled to subject themselves or their friends to this kind of state-sponsored abuse that comes with arrest and jail just to live up to some class-privileged individuals’ problematic views on what types of protest deserve respect. Lastly, the video of the chipmunk work stoppage on US Oil Sands’ strip mine project–occurring on stolen Ute land–demonstrates this company’s blatant disregard for the life and safety of people on the work site. US Oil Sands CEO Cameron Todd made claims in the media that workers stop work immediately if anyone is present on the worksite–a requirement of federal safety regulations. But the video shows what we’ve seen again and again: rampant deviation from this guidance and thus rampant violations of safety regulations. KBR-contracted Stubbs and Stubbs’ reaction to our presence echoes their disregard for the amazing ecosystems of the Book Cliffs and beyond, and the lives that they are systematically poisoning and destroying.