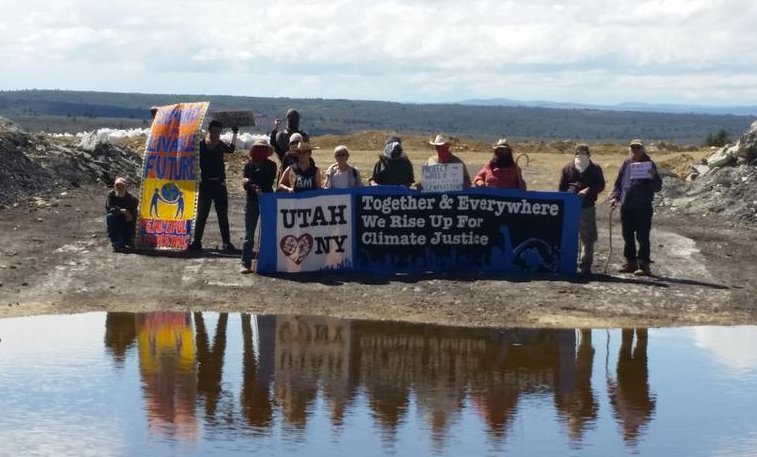 BREAKING: Five Land defenders were arrested yesterday morning at the construction site of US Oil Sands’ tar sands strip-mine in Utah. The Canadian company’s 32,000 acre lease-holding are on state-managed land in the Book Cliffs, on the East Tavaputs Plateau, though the land is traditional Ute land, and lays within Indian country, with sections of the tar sands project straddling the boundary of the Uintah & Ouray Reservation.

Currently, the land defenders (including the media team) are being held on Class A Trespassing charges, with a total bail estimated at $10,500.

One of those arrested is a trans woman, and at this time we are unsure if she is being held in solitary, or if she is being housed with the male population. Neither situation is acceptable, we are extremely concerned about the dangers she may be facing.

We will provide updates and media here as they become available.

Donate to the land defenders’ legal support fund using this secure link or with the form below: