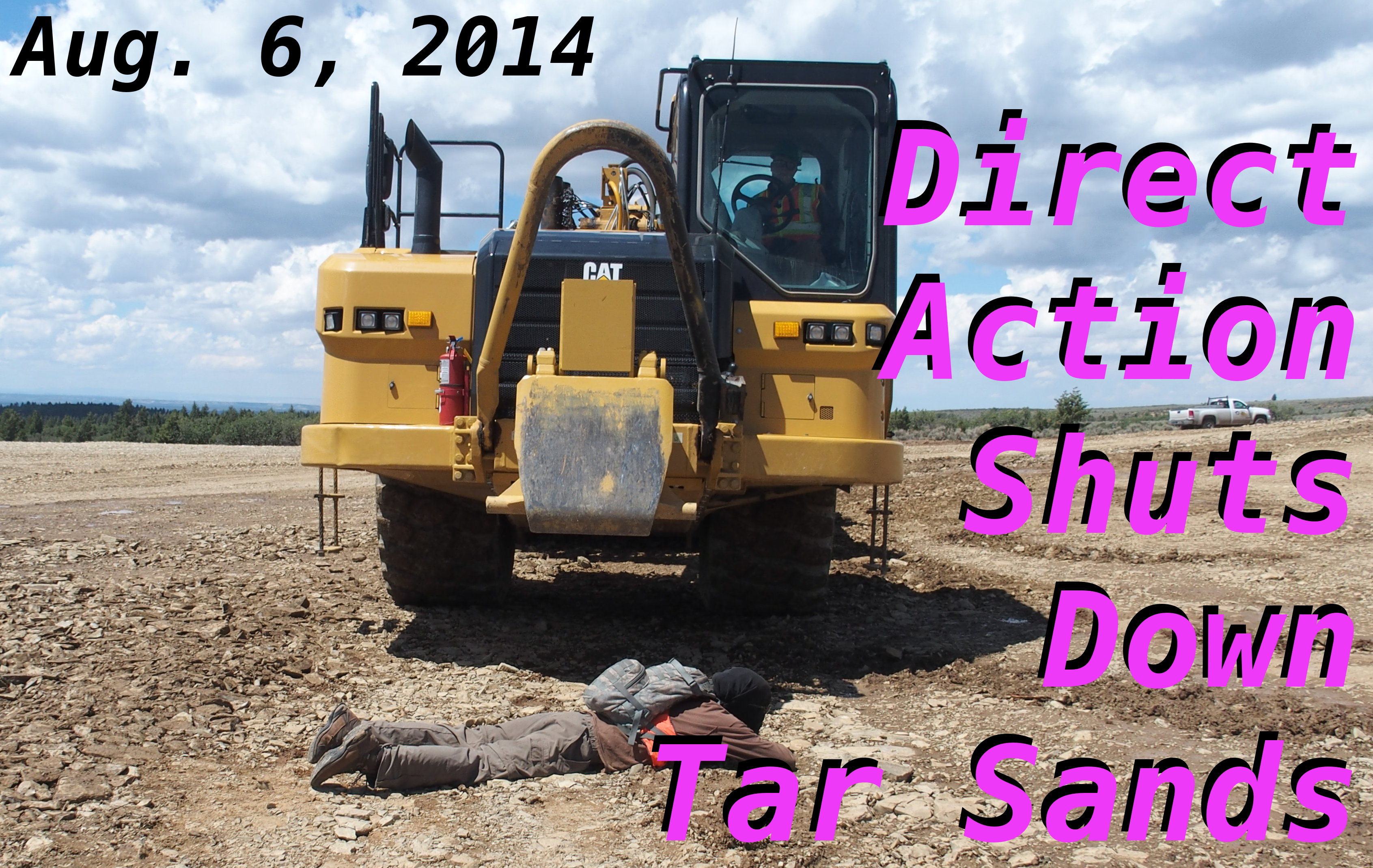 Utah Tar Sands Resistance received information regarding a direct action that took place at the US Oil Sands strip mine construction site. These folks are bad ass!

The group released the following video and below the video, a communique:

The Colorado Plateau and its inhabitants are under invasion on multiple fronts of the energy industry. This tar sands mine is a bloody blip in a bigger scheme threatening this land, including the reopening of uranium mines that have poisoned indigenous communities for generations; the planned construction of a nuclear generator in Green River, Utah; violent and vast scraping of the land and squandering of sacred water in pursuit of lowest-grade fuel sources like tar sands and oil shale; a new “oil” refinery in Green River perhaps to centralize production and distribution of those super-toxic tar sands and oil shale fuels; and all of this paid for and made possible by the dangerous fracking boom, which is poisoning our air and water and killing the most vulnerable members of our communities, our babies and old people. This second Big Buildup of the Colorado Plateau is similar to the first Big Buildup of the 20th Century, which fostered disastrous projects like the Glen Canyon Dam, the Navajo Generating station, and the Peabody coal mine at Black Mesa; this second Big Buildup of the Colorado plateau also resembles the initial conquering and genocide of this land by the American government and white settlers. In those prior historical times and today, masters of industry and thus colonialism must control the land and subjugate its people in order to consolidate the wealth of the land in the hands of very few white elites. Their most powerful weapons are and always have been racism and patriarchy and their value system is heartless capitalism. We are forever in contempt of their scheme. This energy industry is a murderous syndicate whose business plans for the future entail the destruction of life on the planet via climate-change catastrophes and crises. Now is the time for all who have something to contribute to give all that you can to the final shut-down of projects like the US Oil Sands tar sands mine and all the many tentacles sucking the life of the Colorado Plateau and Grand Mother Earth herself.