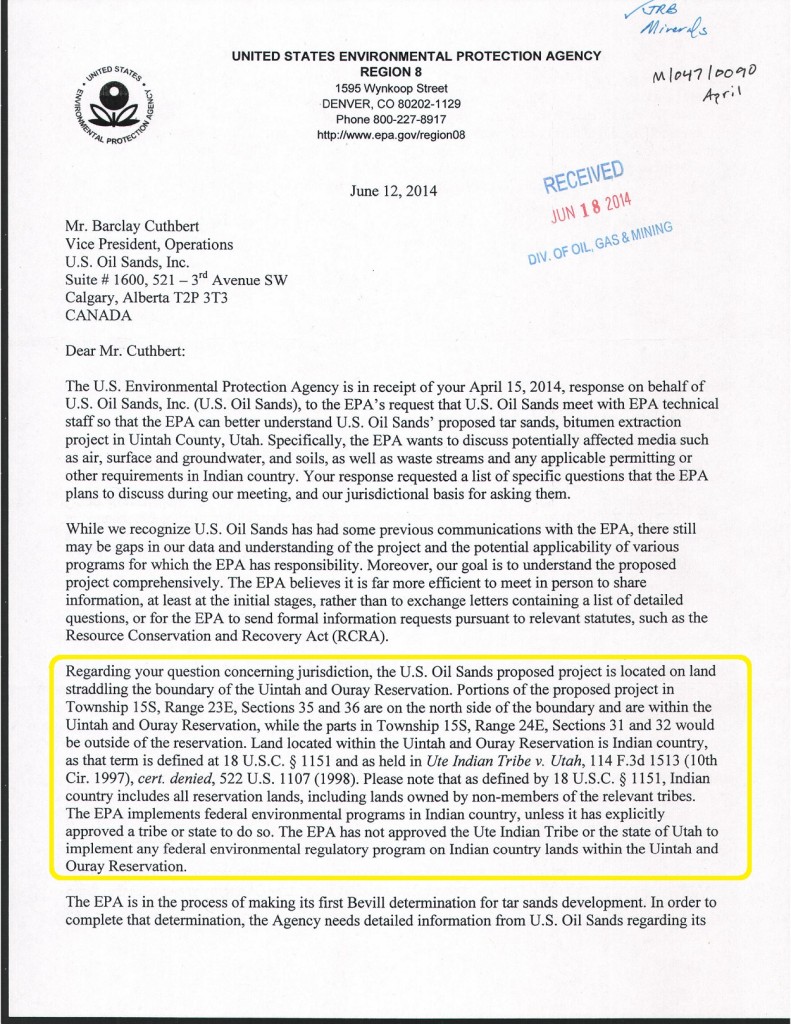 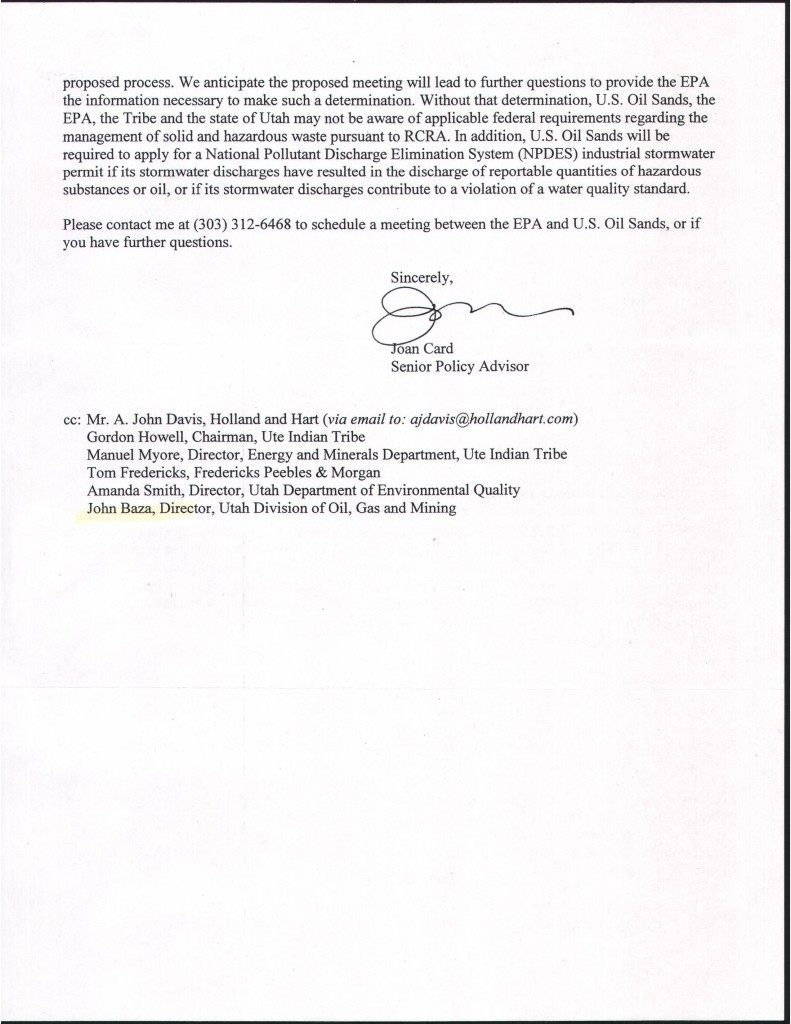 4 thoughts on ““The U.S. Oil Sands proposed project is located on land straddling the boundary of the Uintah and Ouray Reservation.””