Canadian company U.S Oil Sands has paid their reclamation bond of $2.2 million and has now begun major construction at their second tar sands strip mine in the Book Cliffs of Utah.

U.S Oil Sands’ immediate plans are to clear cut 62 acres of forests and sagebrush land, according to their operations plan, but this spat of clearing may not end until 213 acres of Douglas firs, Pinyon pines, sagebrush and grasses are razed. Long-term plans by this one company threaten up to 32,000 acres of diverse wild lands.

U.S Oil Sands giant belly scrapers and bulldozers have already observably cleared an estimated 20 acres, or the size of a football stadium.

With grasses, shrubs and trees obliterated, the bulldozers are creating massive dust storms that are pummeling PR Canyon to the east, vital habitat for elk, deer, black bears and much more. The dangerously opaque dust clouds routinely cross Seep Ridge Road, substantially blocking drivers’ visibility, causing a major road hazard for which no signage has been posted. Our extensive monitoring of their operations reveal that absolutely no dust control efforts–like water sprinkling–are currently being used to protect the environment, wildlife or motorists. 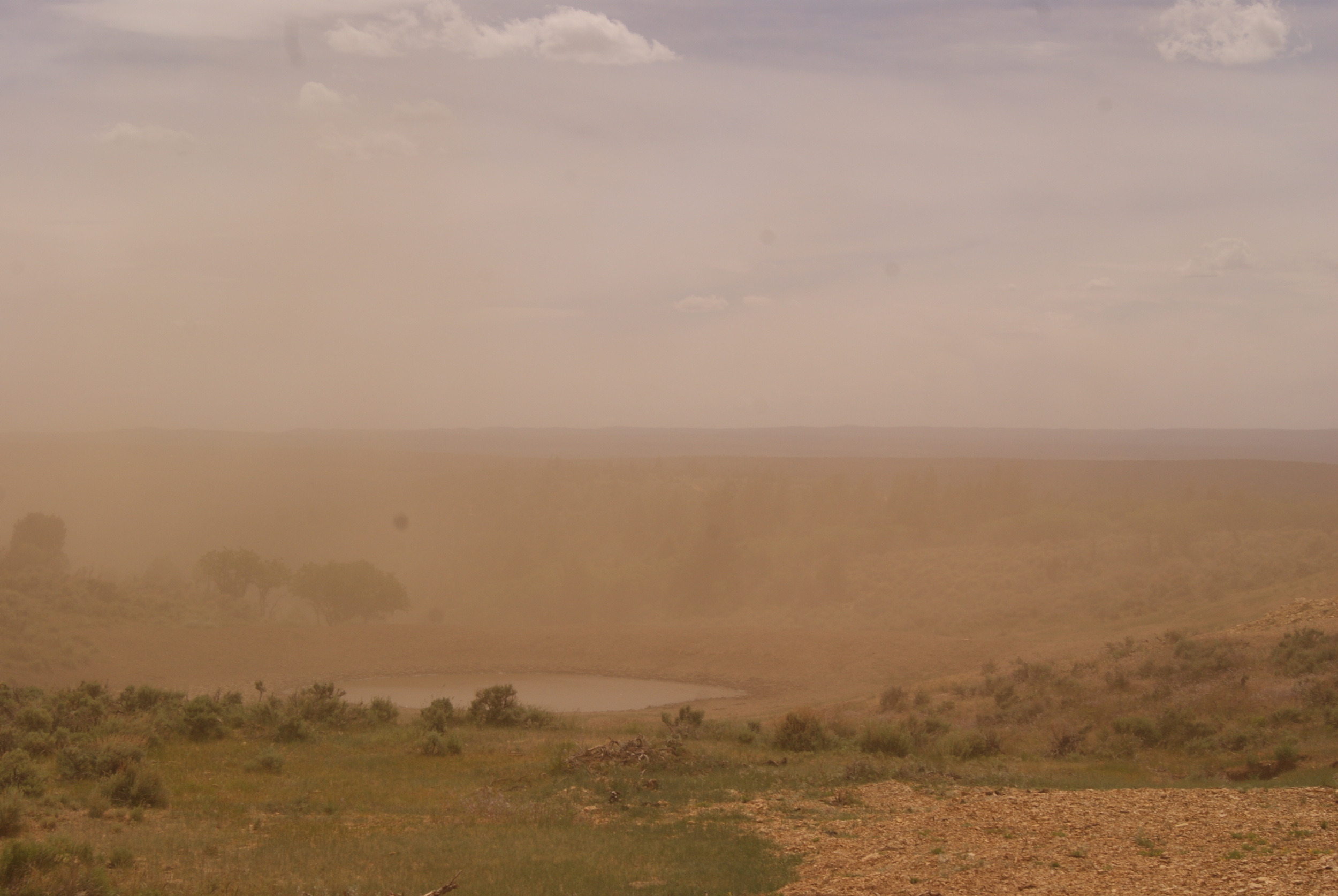 US Oil Sands dust
US Oil Sands tar sands strip mine pits are more than 8000 feet above sea level and frequent high winds carry dust throughout the area. 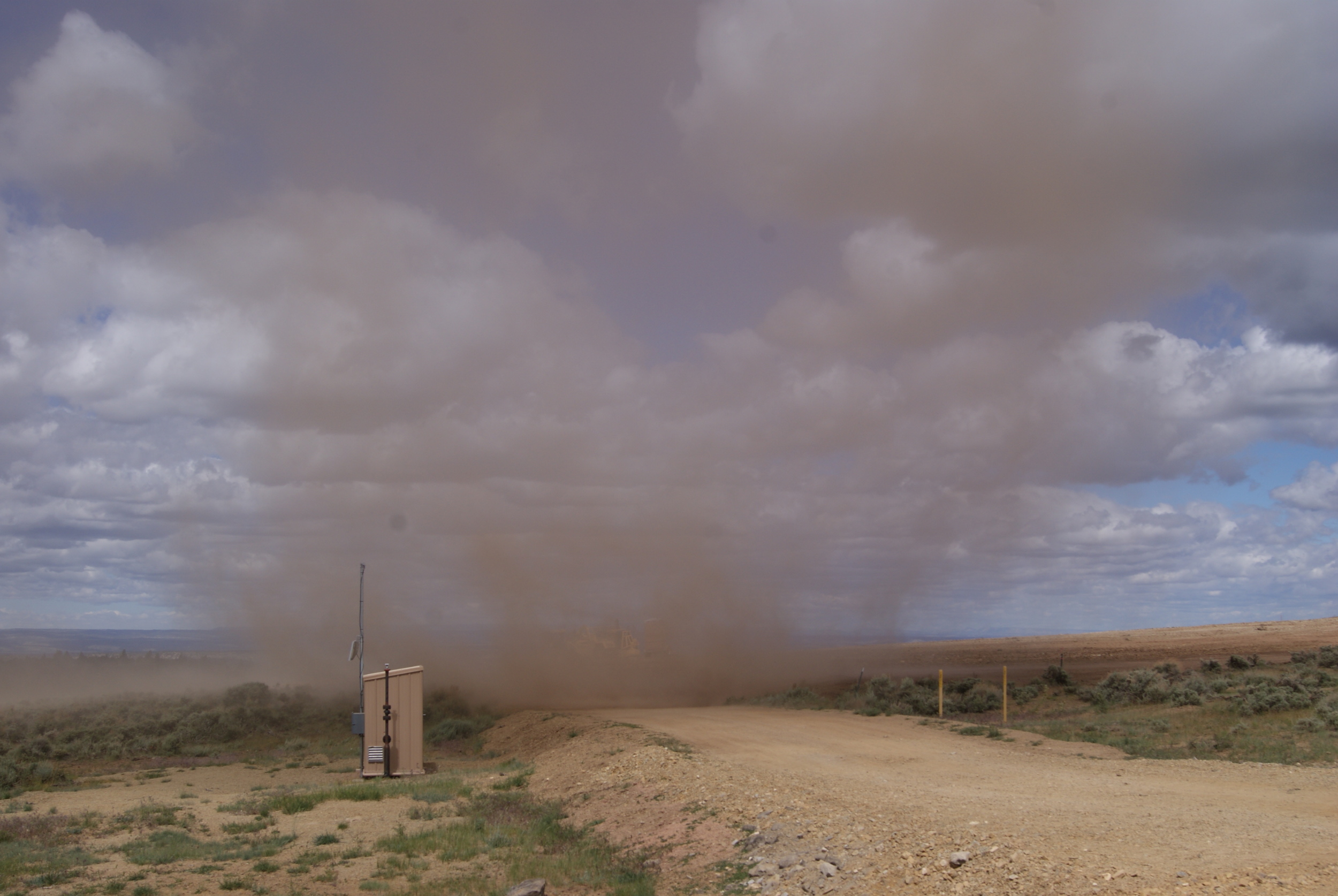 US Oil Sands dust
You can barely see the belly scraper amidst the cloud of dust it creates. Workers are not provided ventilators and US Oil Sands is making no effort at dust control. 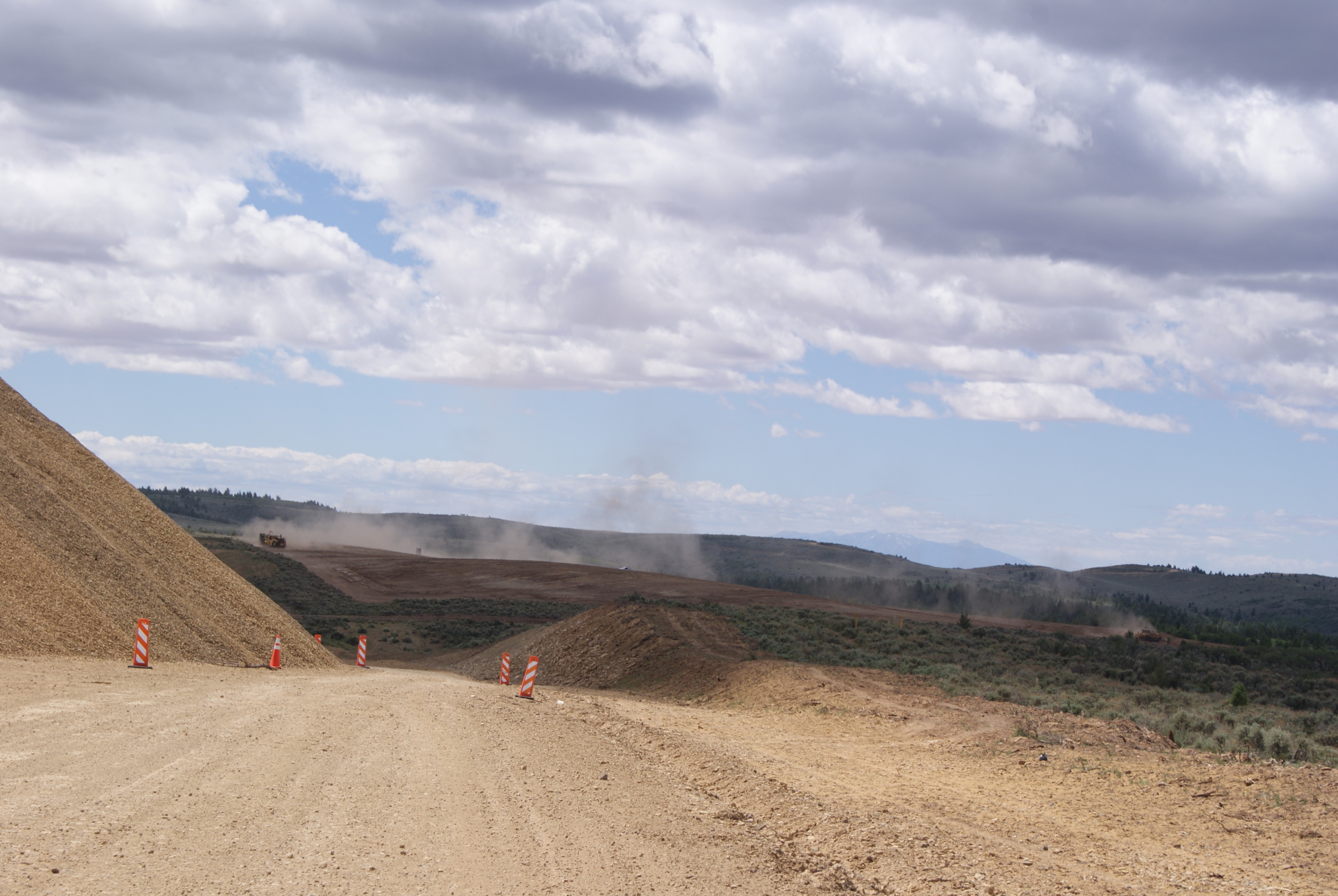 US Oil Sands
Dust devils created by US Oil Sands tar sands strip mining work can be seen from miles around. 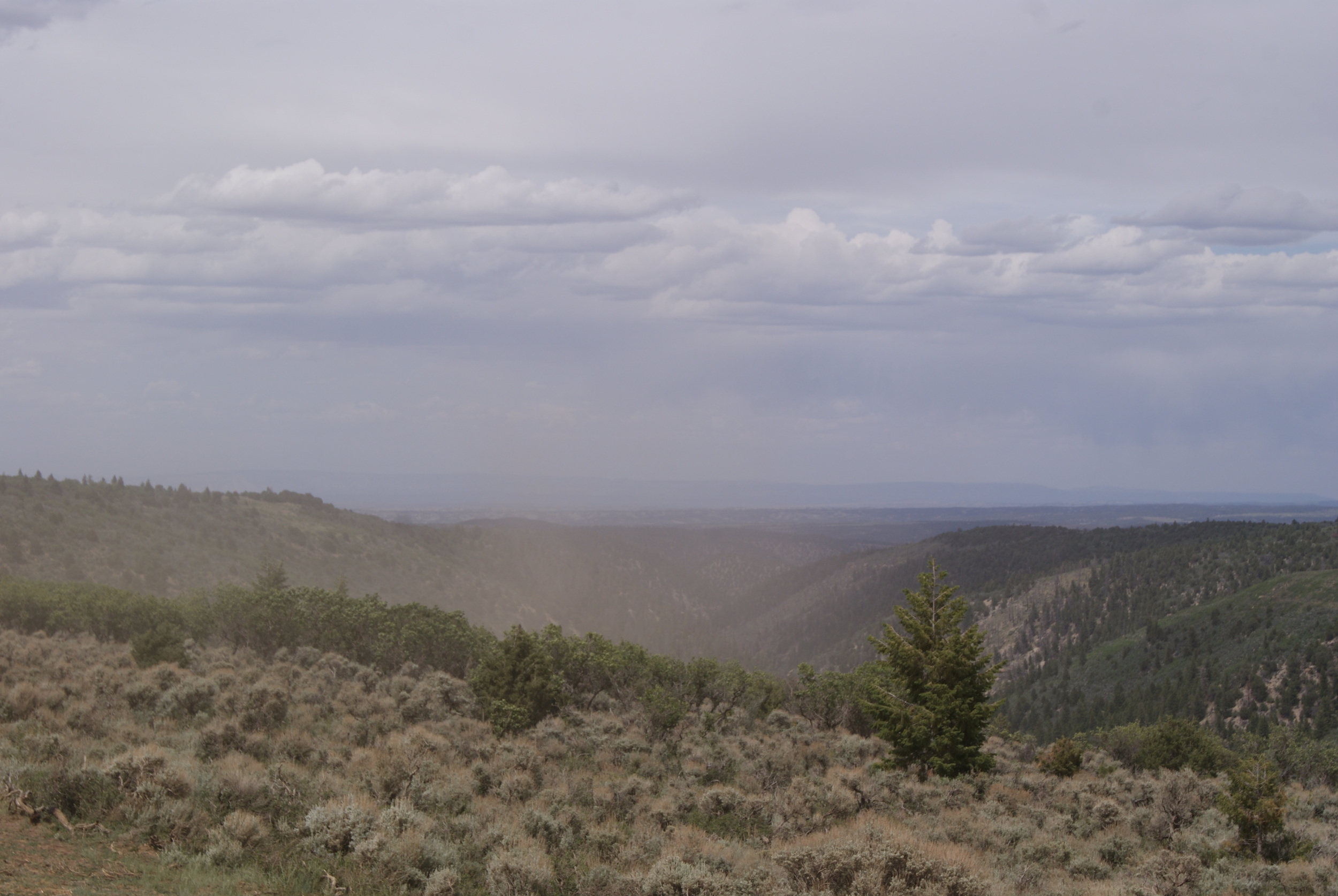 US Oil Sands Dust
Just over the ridge from US Oil Sand tar sands strip mine is pristine PR Canyon where many springs support huge Aspen groves, habitat for elk, deer, black bears, hawks, turkeys and much more. Dust now regularly pummels the canyons with dust.

US Oil Sands dust
You can barely see the belly scraper amidst the cloud of dust it creates. Workers are not provided ventilators and US Oil Sands is making no effort at dust control. 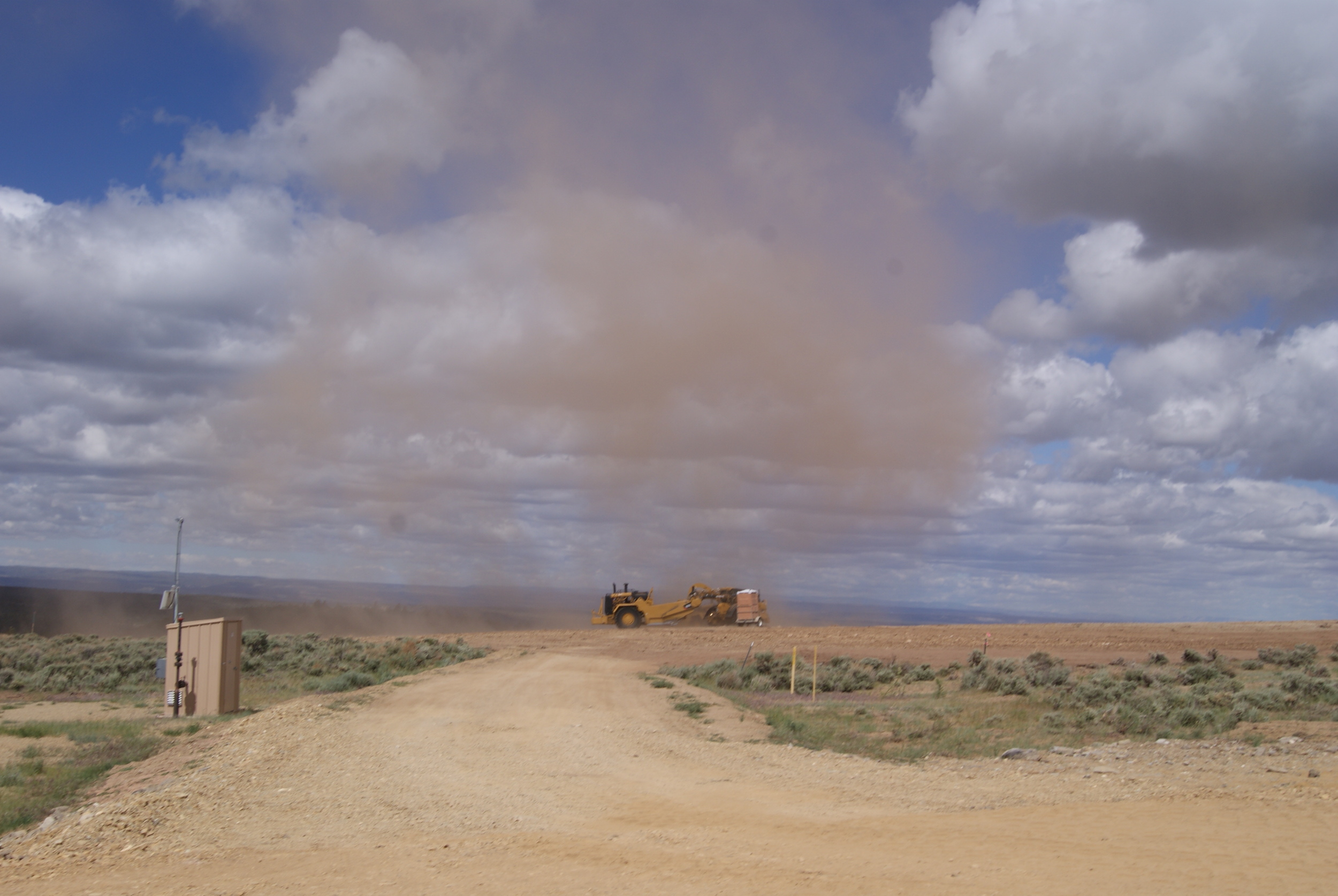 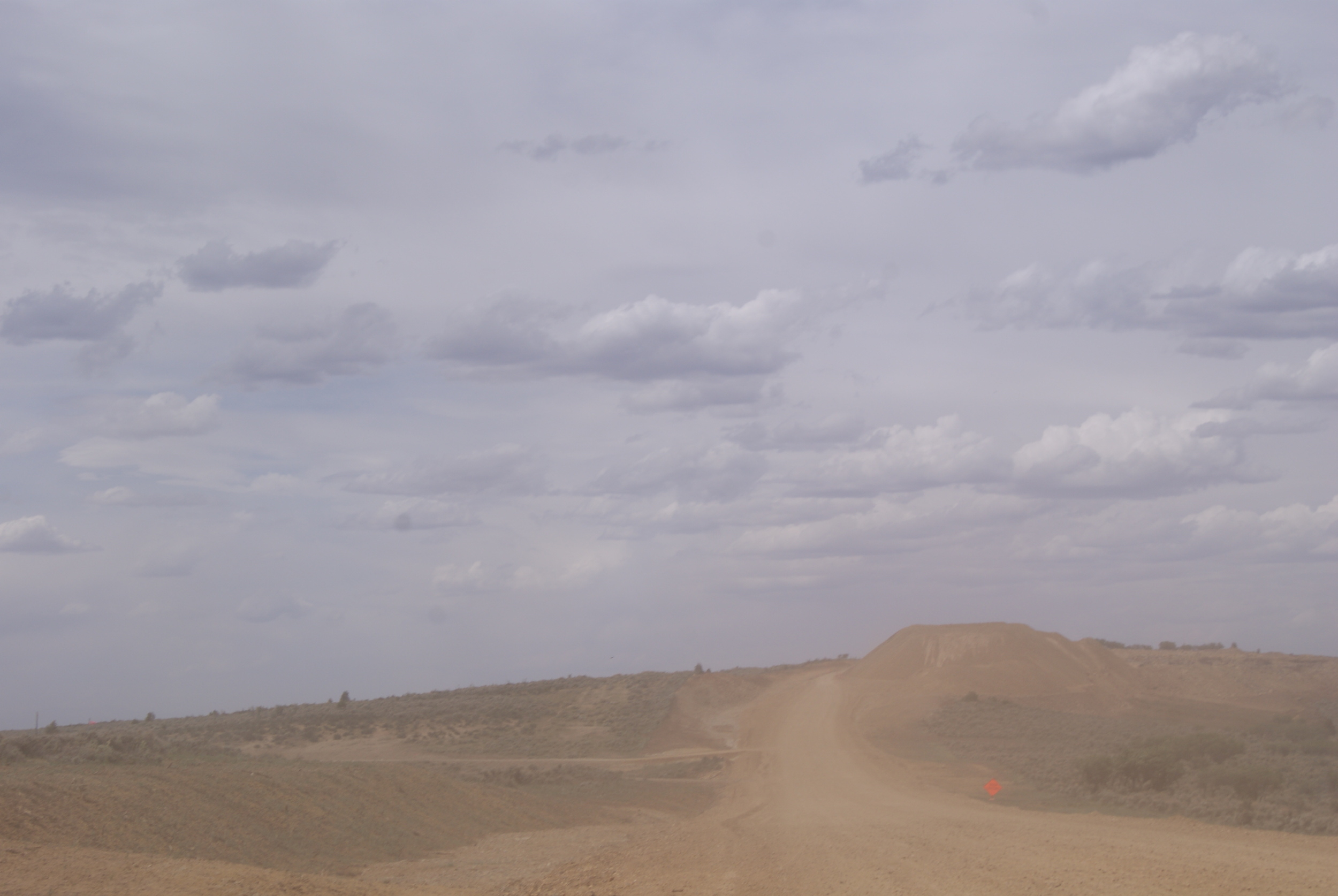 U.S Oil Sands’ mining plan entails almost complete destruction of the top soil. Their operations plan states they will collect and save 24 inches of top soil for restoration “unless there are rocks,” a deeply cynical loophole as there are rocks just below the surface.

We are well acquainted with the soil here. Utah Tar Sands Resistance and our allies have been camping in the East Tavaputs Plateau, in the lands leased to U.S Oil Sands, for three years. We dig holes to bury our waste and to build our tent structures and we have observed only 1-3 centimeters of top soil in these sage-brush soils before hitting large chunks of sandstone.

Top soil in such a high-altitude, dry expanse represents thousands of years of  ecological magic. As US Oil Sands continues its violent plan to make dirty and low-grade energy from tar sands, the truly valuable resource of top soil is swirling into the air like so many broken promises.

How could we expect anything else from these scam artists? These are the same folks arguing there is no ground water in PR Spring despite just one minor spring in PR Canyon spilling 1.3 gallons per minute for at least the last 90 years–that’s 61 million gallons of water that US Oil Sands wants to pretend does not exist. So far they’ve been successful in convincing the courts this water–which feeds giant aspen groves that form the backbone of habit for numerous animals–is insignificant.

Moab-based Living Rivers and Western Resource Advocates filed a lawsuit against the state of Utah for its . The recent supreme court decision ruled living water’s lawsuit invalid because it was not filed within the state’s 30 day comment period despite the fact no such comment period was issued. Given this ruling, we can already see U.S Oil Sands and the state are fighting any obligation for environmental protection and finding any loopholes they can (no matter how illegitimate) every step of the way.

Utah’s Division of Oil, Gas and Mining (DOGM) has literally thousands of uninspected oil and gas wells peppered throughout the state, with a large concentration of them being in Eastern Utah. Both DOGM and SITLA (The School and Institutional Trust Lands Administration) have a long history of deceiving the public, violating the public trust, and letting fossil-fuel corporations run off with the toxic profits.

To support our work monitoring these projects, go to our donate page and join the fight to end extreme extraction on the Colorado Plateau!