Oh hey, do you remember when the BLM was drafting their Environmental Impact Statement on tar sands and oil shale in Utah, Colorado and Wyoming, and we delivered the People’s Environmental Impact Statement telling them why tar sands & oil shale development are a bad idea? And the lawsuit that challenged the 800,000-acres being proposed? The BLM paid some lip-service to the fact that they were going to make tar sands and oil shale speculators PROVE that their projects were economically viable AND would have minimal impact on the environment. That they’d allow this “exploratory mining” seems pretty shady.

TELL THE BLM: NO OIL SHALE IN UTAH’S BOOK CLIFFS!

Written comments will be accepted by letter or email until May 14, 2014.

The BLM has stated themselves that “If oil shale is to be viable on a commercial scale, we must take a common-sense approach that encourages research and development first.” But there’s nothing “common-sense” about oil shale mining. Speculators have attempted for decades to mine oil shale in the region, failing again and again because the process, the technology, the terrain, and the resources required to mine make the projects economically infeasible. Shell Oil themselves pulled out of Colorado’s Western Slope because they were losing money.

And take a look at the map of Ambre’s proposed mining sites: 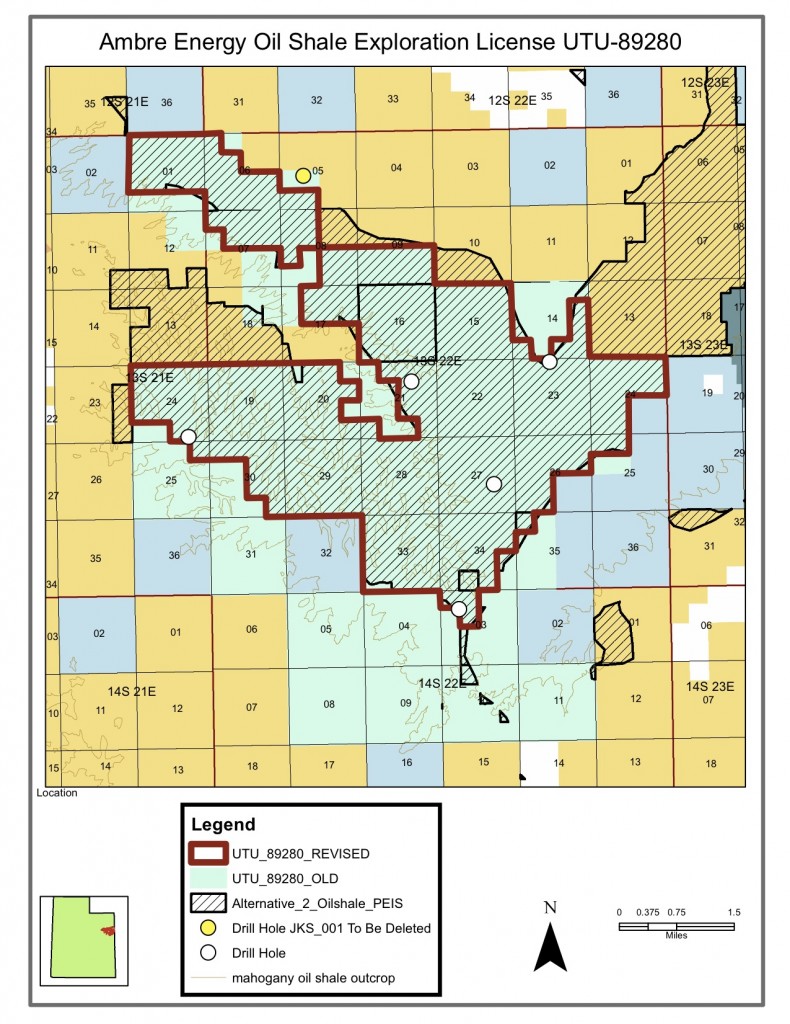 Those proposed “exploratory” mines looks AWFULLY close to SITLA land, don’t they? Would this have anything to do with Rep. Rob Bishop’s proposed Public Lands Initiative? The so-called “Bishop Process,” which would facilitate an enormous LAND SWAP of state and federal lands, exchanging large pieces of state-controlled land in Southern Utah for federal-controlled land in Eastern Utah, and thus opening up even MORE of the Book Cliffs and Colorado Plateau for oil and gas development, more roads, and more devastation and pollution.

According to the BLM, “The proposed exploration project would drill five exploratory holes and disturb less than one acre of land near existing roads in an area covering 11,761 acres. The total drilling time would be no more than 10 days.”

Exploratory mining sound very innocent and nonthreatening, but it requires clear cutting both “pads” for possible mining sites, and roads or pathways leading to the pads. The process leaves the lands riddled with wounds.

Take a look at what US Oil Sands’ “exploration” has done to the Seep Ridge area around PR Springs: 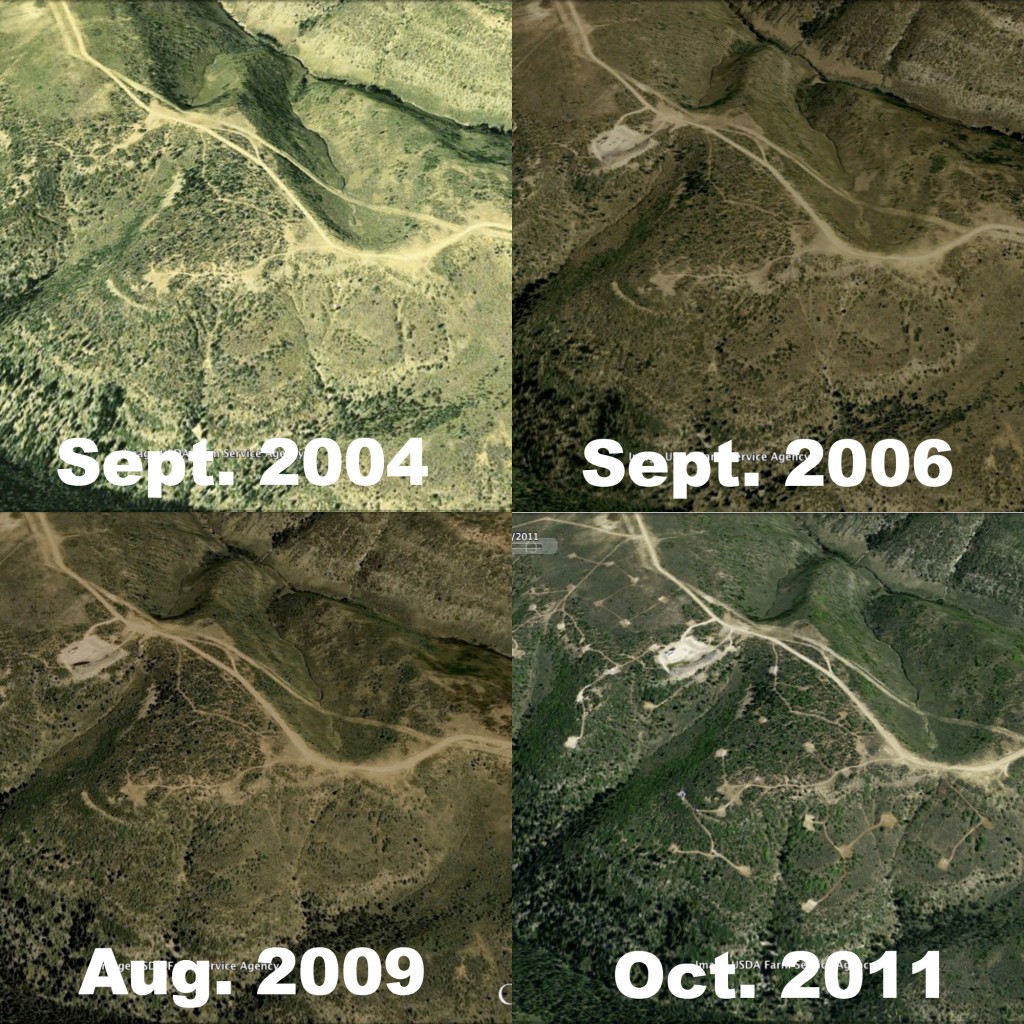 It’s time to take a stand! No tar sands, and no oil shale mining in the Colorado Plateau!

One thought on “Tell the BLM “STOP Ambre Energy!” #NoOilShale in the Book Cliffs”