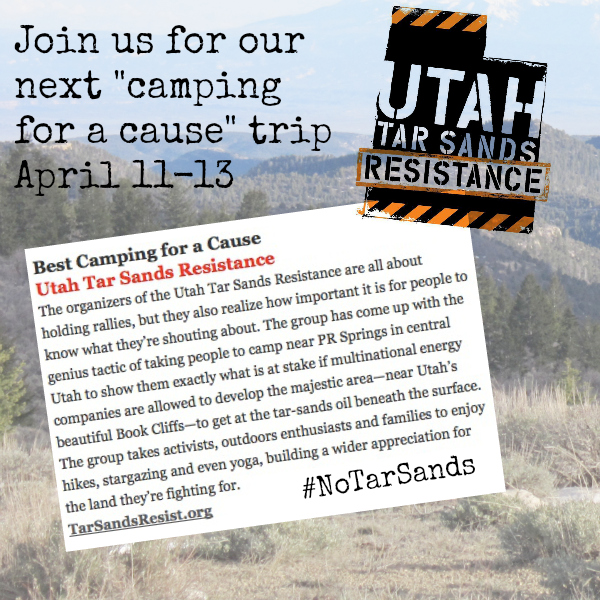 We’re happy as a prairie dog in protected habitat that Salt Lake City Weekly named us Best CAMPING FOR A CAUSE of 2014.

Join us for our next campout, April 11-13 at PR Springs, site of the first proposed tar sands mine in the U.S. 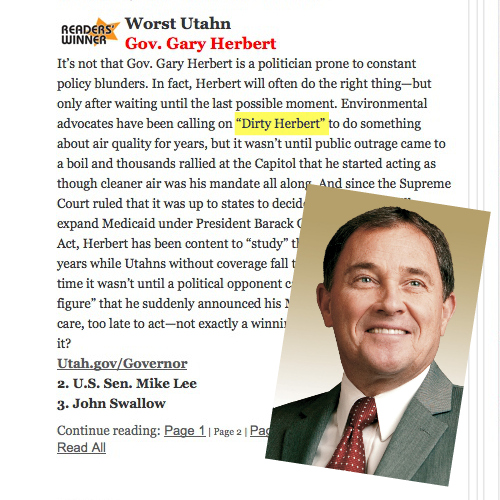 Herbie, we know how hard you work to make sure Utah is “business friendly,” to ensure that the industry polluters are never held accountable, and to ease the way for extreme extraction projects like tar sands and oil shale in Eastern Utah. That’s why, last year, we gave you the Polluter of the Year Award.

Truly, no one deserves this award more than you. 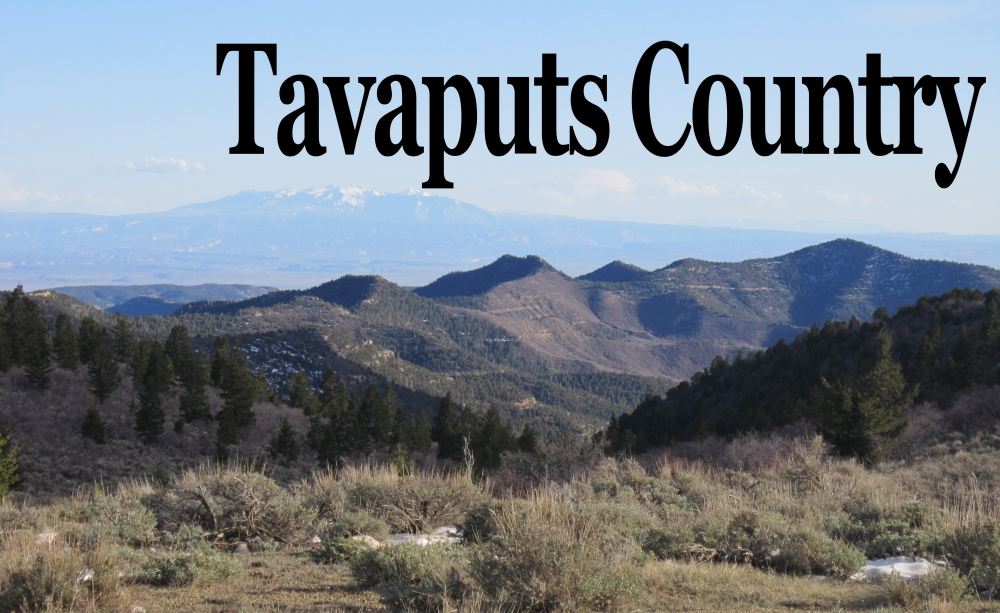 We’re planning a group campout April 11-13 at PR Springs, near the site of the first tar sands mine in the United States, and you’re all invited.

Though we are waiting on a ruling from the Utah Supreme Court on the status of their permits, US Oil Sands, a Canadian tar sands company, received an $80 million investment late last year and they’re gearing up to spend a lot of that in 2014, building infrastructure necessary for their operation, and beginning to remove so-called “overburden” on their strip mine.

The state of Utah, and US Oil Sands, would have us believe that this area is ugly, useless to anyone but them, and that the only good it can provide is to be used for extraction. Nothing could be farther from the truth. Come connect with the land.

Check out our Connect with the Land page if you have any questions about the camping conditions, or need directions to PR Springs. Other questions? Email us at utahtarsandsresistance@gmail.com

On Facebook? Join the event and invite your friends.