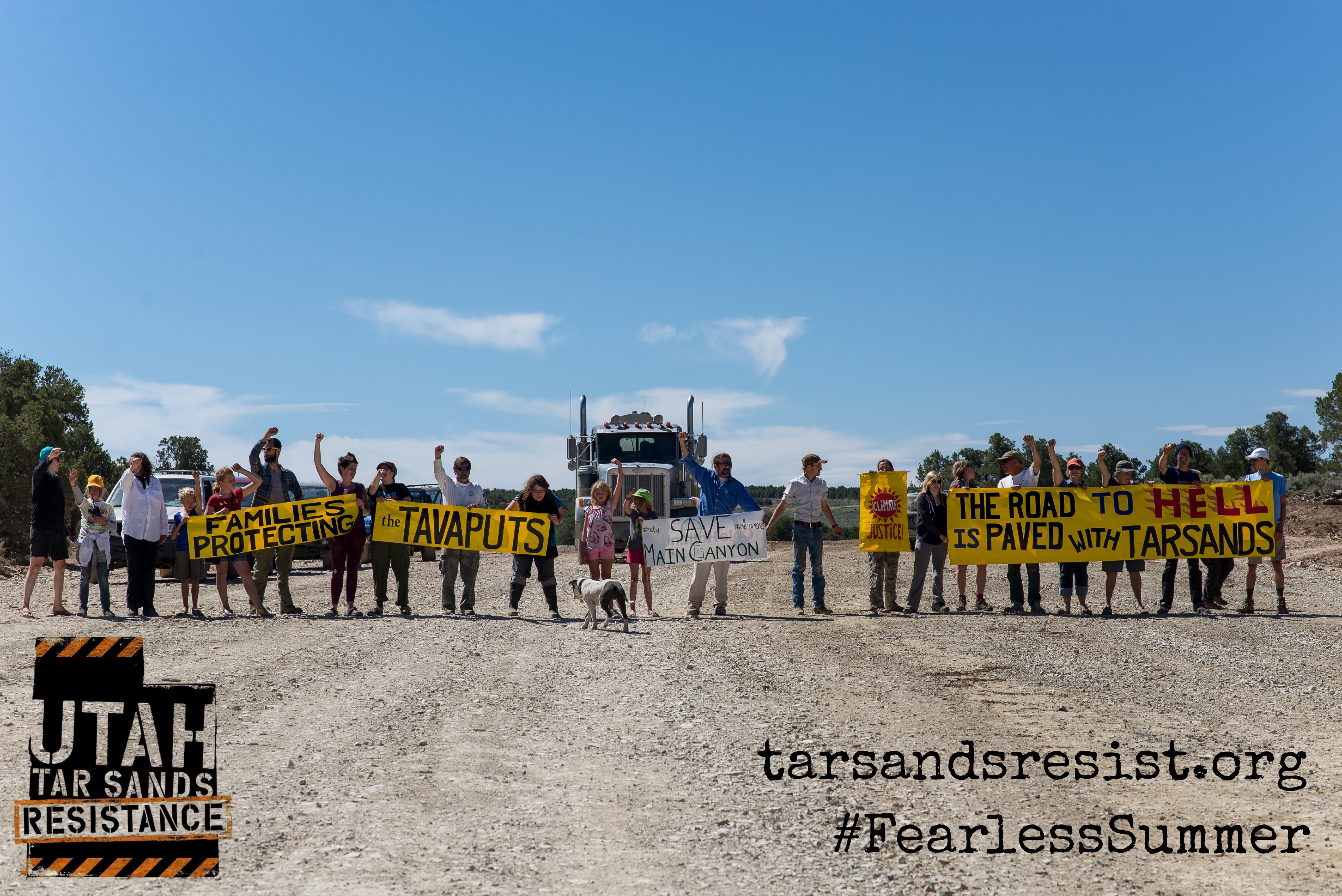 As part of the Fearless Summer week of solidarity actions against extreme energy, Utah Tar Sands Resistance and allies confronted road construction crews on Seep Ridge Road, and expressed determination to stop both the road itself and what it is literally paving the way for–tar sands, oil shale and fracking across the Colorado River Basin (at an estimated cost of $3 million per mile). 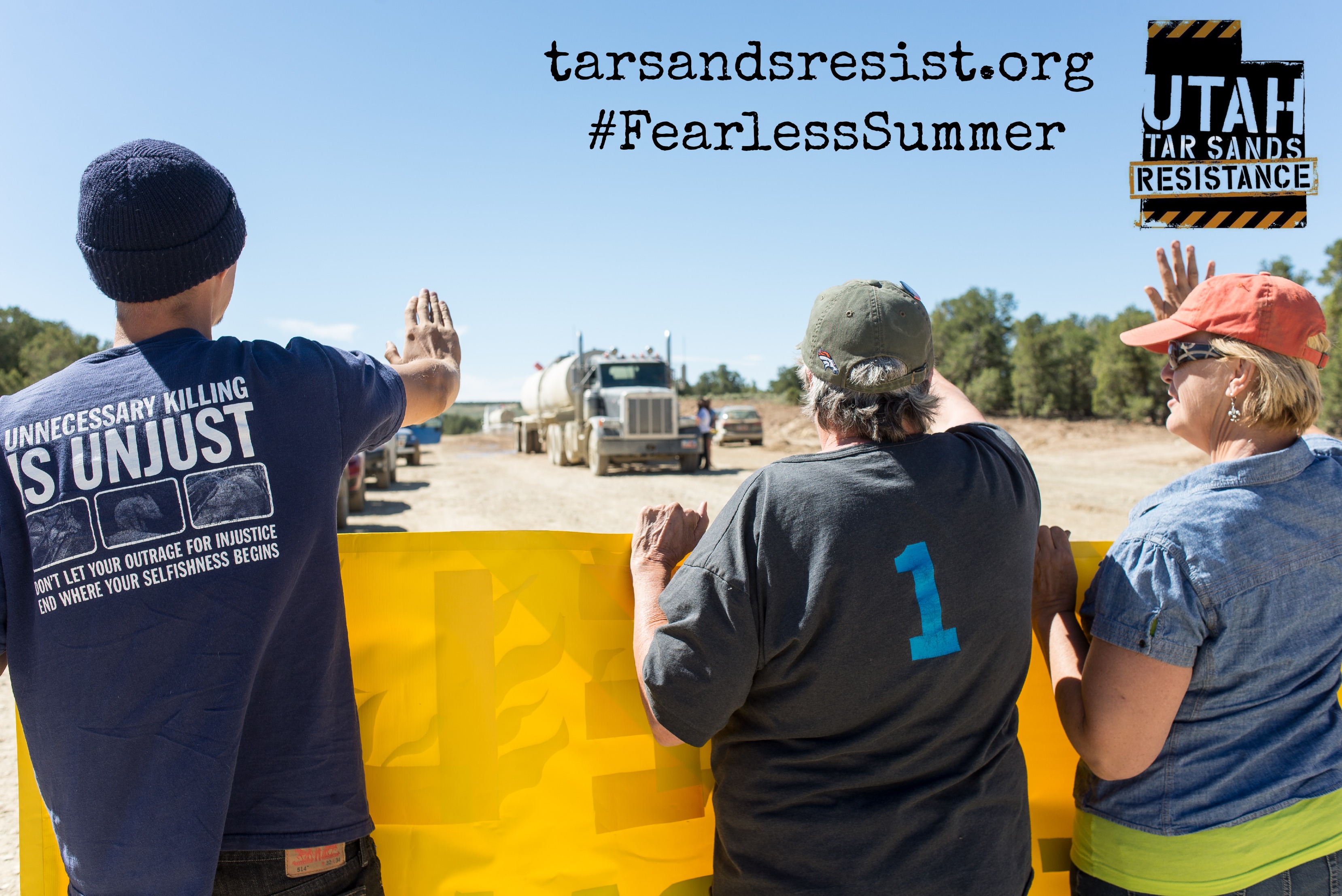 Seep Ridge, formerly a small dirt road, is now becoming a site of immense devastation as areas of Uintah County are clear cut, leveled, and ultimately pave from just south of Ouray, Utah, to the Uintah/Grand county line atop the Book Cliffs, a distance of some 44.5 miles. Eventually, this road may connect to I-70, though development of the Grand County leg has not been approved and is already meeting with resistance. 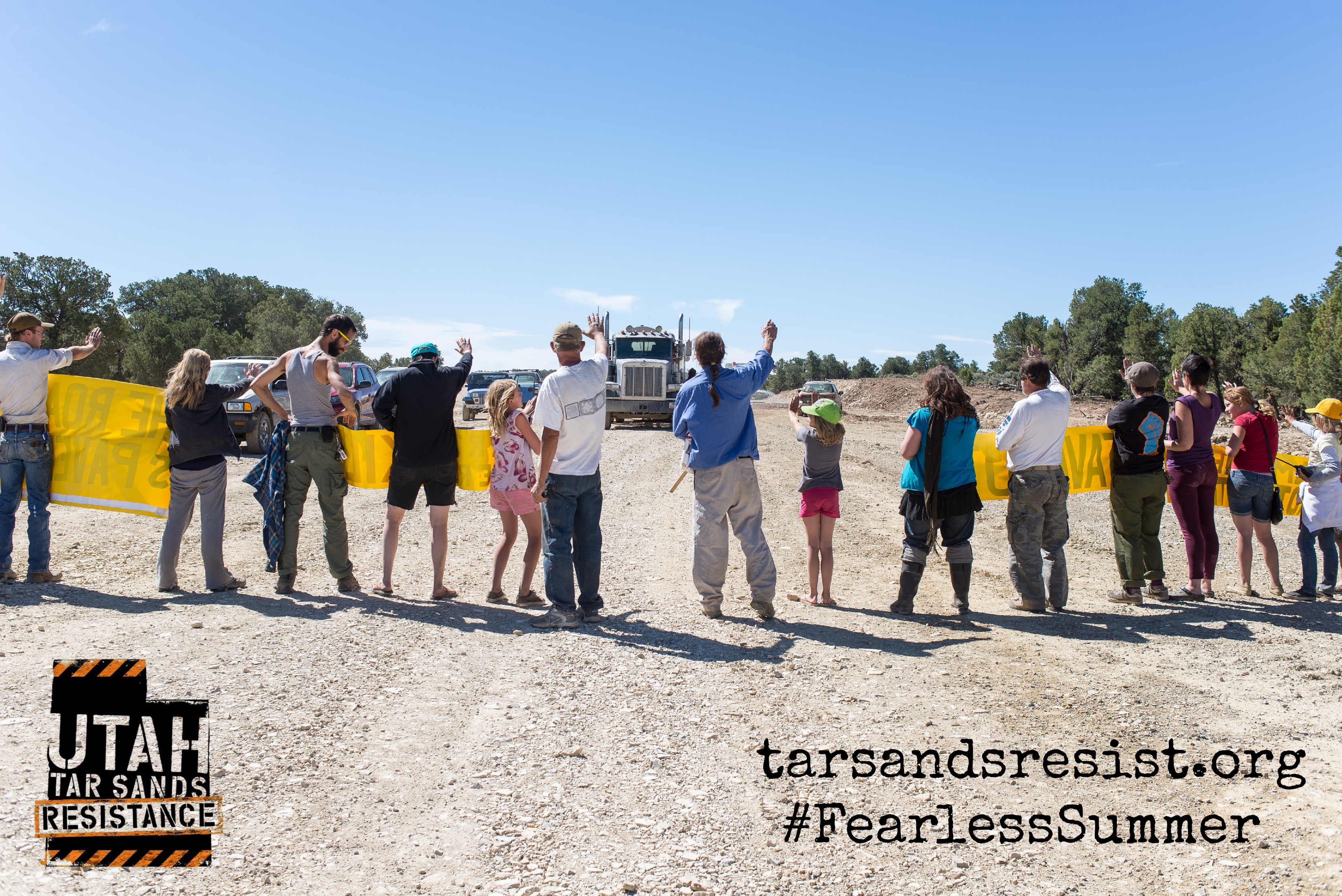 Construction of this “Road To Nowhere” is destroying wildlife habitat, and the road itself, once complete, would facilitate the growth of a potential energy colony which would only serve to wreak more destruction of this already fragile ecosystem. 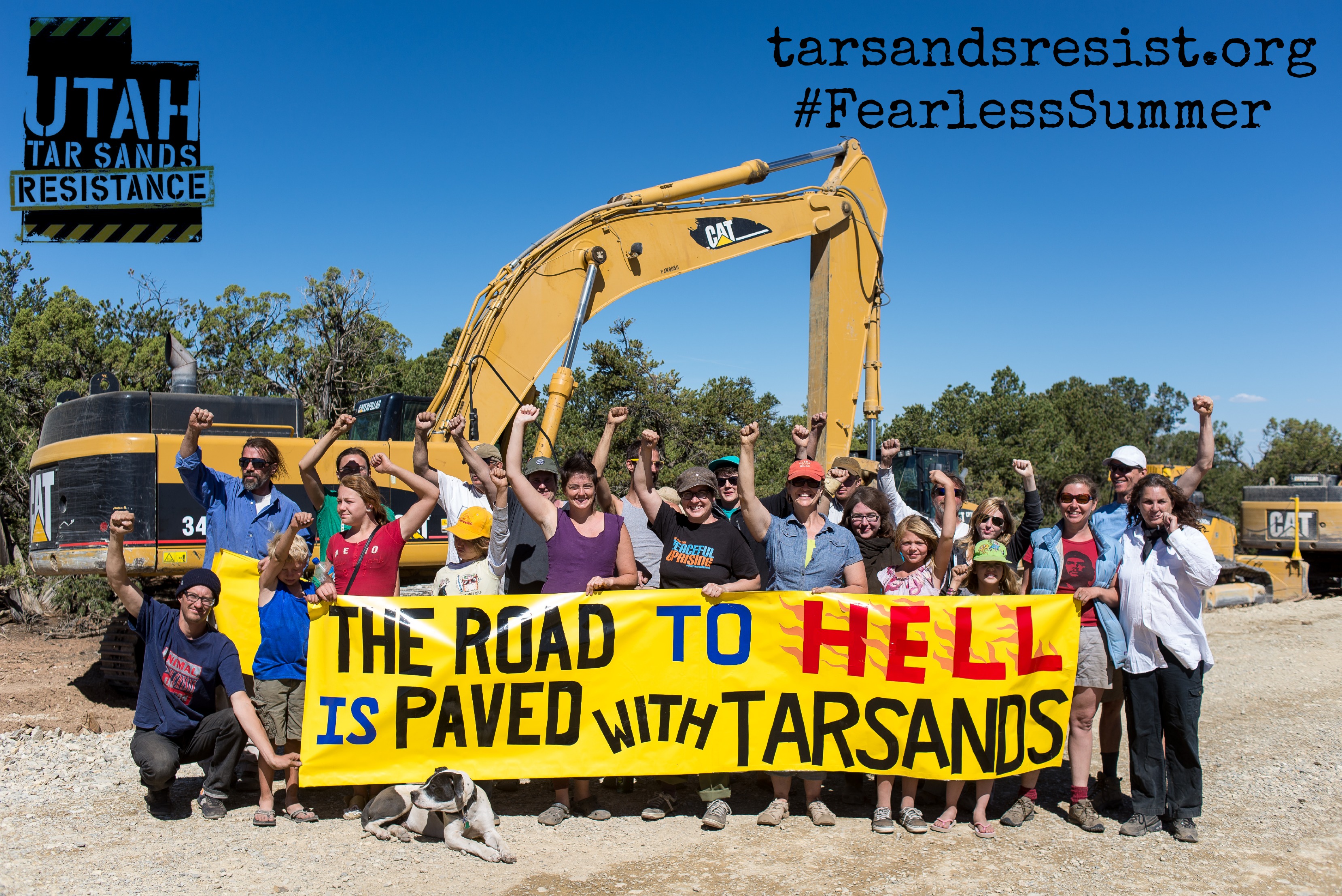 This action took place after a family campout, which gathered adults and children of various ages at the proposed site of the first tar sands mining in the United States–PR Springs, in the scenic Book Cliffs of Eastern Utah, on the Tavaputs Plateau. 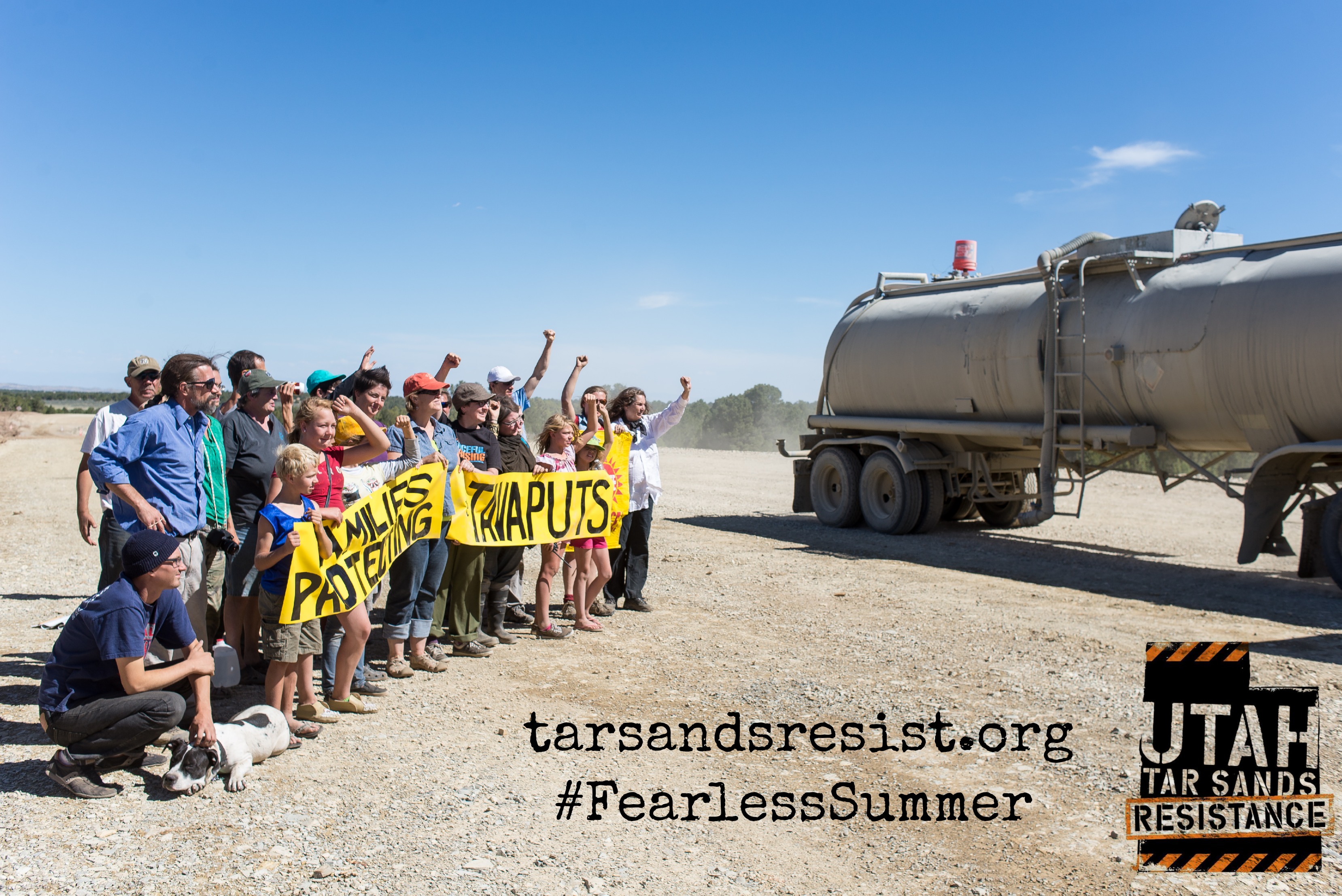 UTSR was joined by members of Peaceful Uprising, Canyon Country Rising Tide, and the First Unitarian Church of Salt Lake City, and others (future posts about what transpired at this fantastic campout will follow). 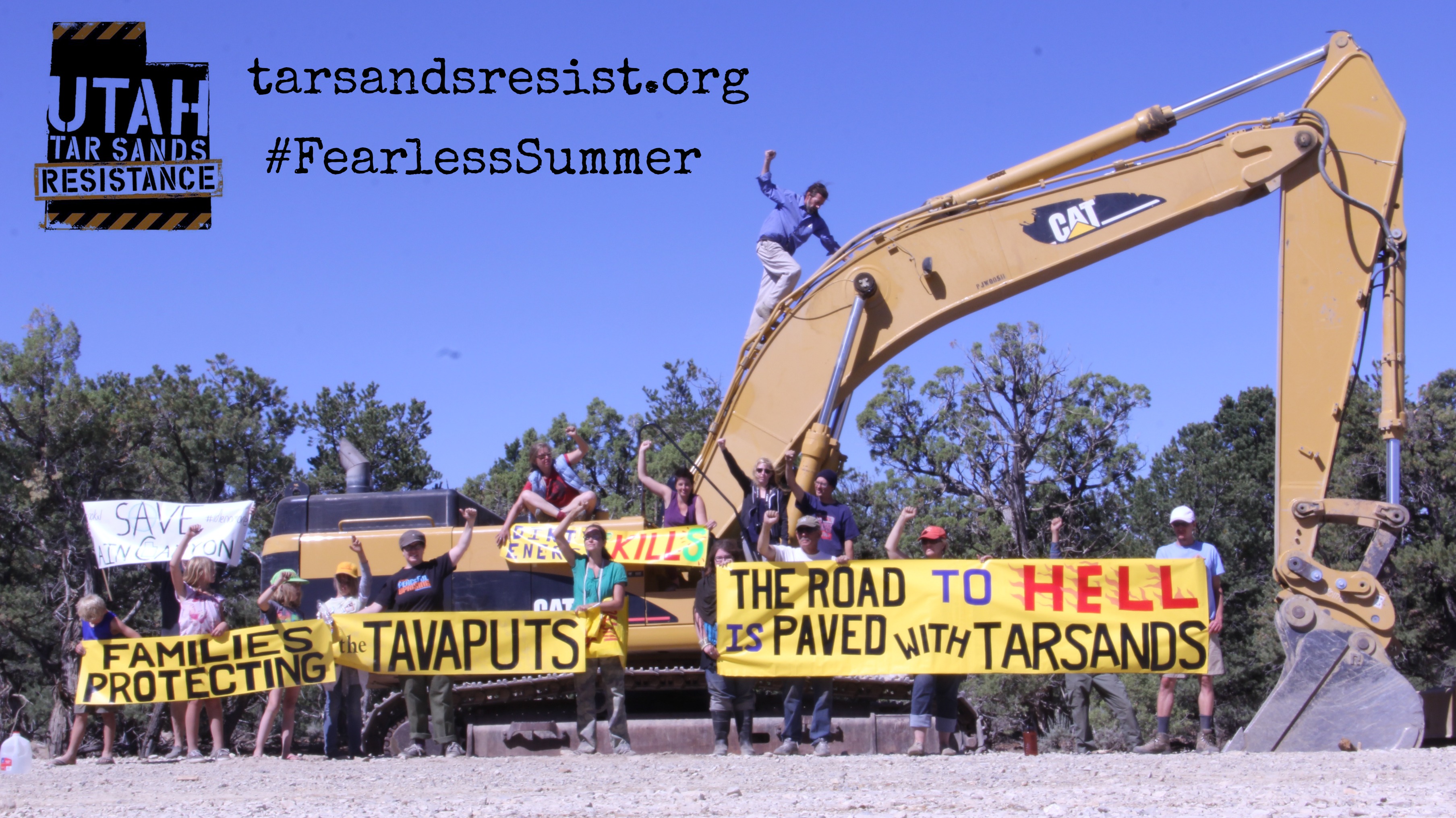