Six people were detained, but those fearless people were legally assaulted by conference organizers and also, for a time, the elevators were locked preventing them from leaving the conference even though they were asked to do so, severely complicating any charges police might otherwise have sought.

The resistors handed out Wanted posters (below) for the CEOs of three corporations threatening our precious Book Cliffs and the entire Colorado River water system, which provides water to 30 million people.

Most wanted Eco-Terrorist: Cameron Todd, CEO of US Oil Sands. Todd intends this summer to begin destroying Main Canyon in Utah’s Book Cliffs, poisoning the Colorado River, polluting the Uinta Basin and Salt Lake City airsheds and contributing to climate-change catastrophe.  Already forest is being clear cut and soon the land itself will be scraped, deformed, and destroyed just to unearth the dirtiest fossil fuel humans have ever burned.

These terrorism profiteers need to be treated as such: they are a threat to to all life and we who can do so must stop them. For us to win, we will have to be fearless, escalate our tactics, and relentlessly defend the land, air, water and climate. It won’t be easy, it won’t be comfortable, but our lives and the lives of future generations depend on it.

Use your power, get fearless!

No one from Fearless Summer is in your town?  You can join us at No Tar Sands Action Camp July 21-28 in Green River, Utah.

The News Coverage was Great!

Fox13: Tar sands protesters interrupt U of U fuel conference 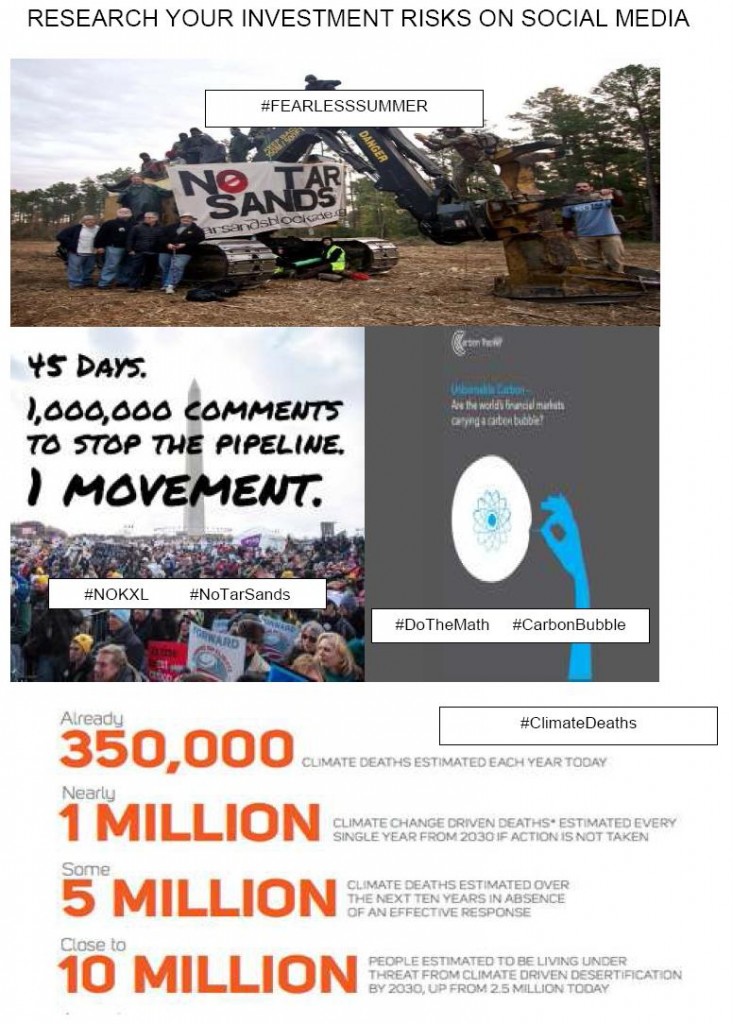 8 thoughts on “Tar Sands eco-terrorists can’t hide from the resistance–climate justice WILL be served!”