Fighting the toxic stench of chemicals and exposed tar, people entered your tar sands test pit this weekend. The raid was to expose tar sands’ awful destructiveness and demonstrate resolve against your dangerous project, the first proposed tar sands mine in the United States. 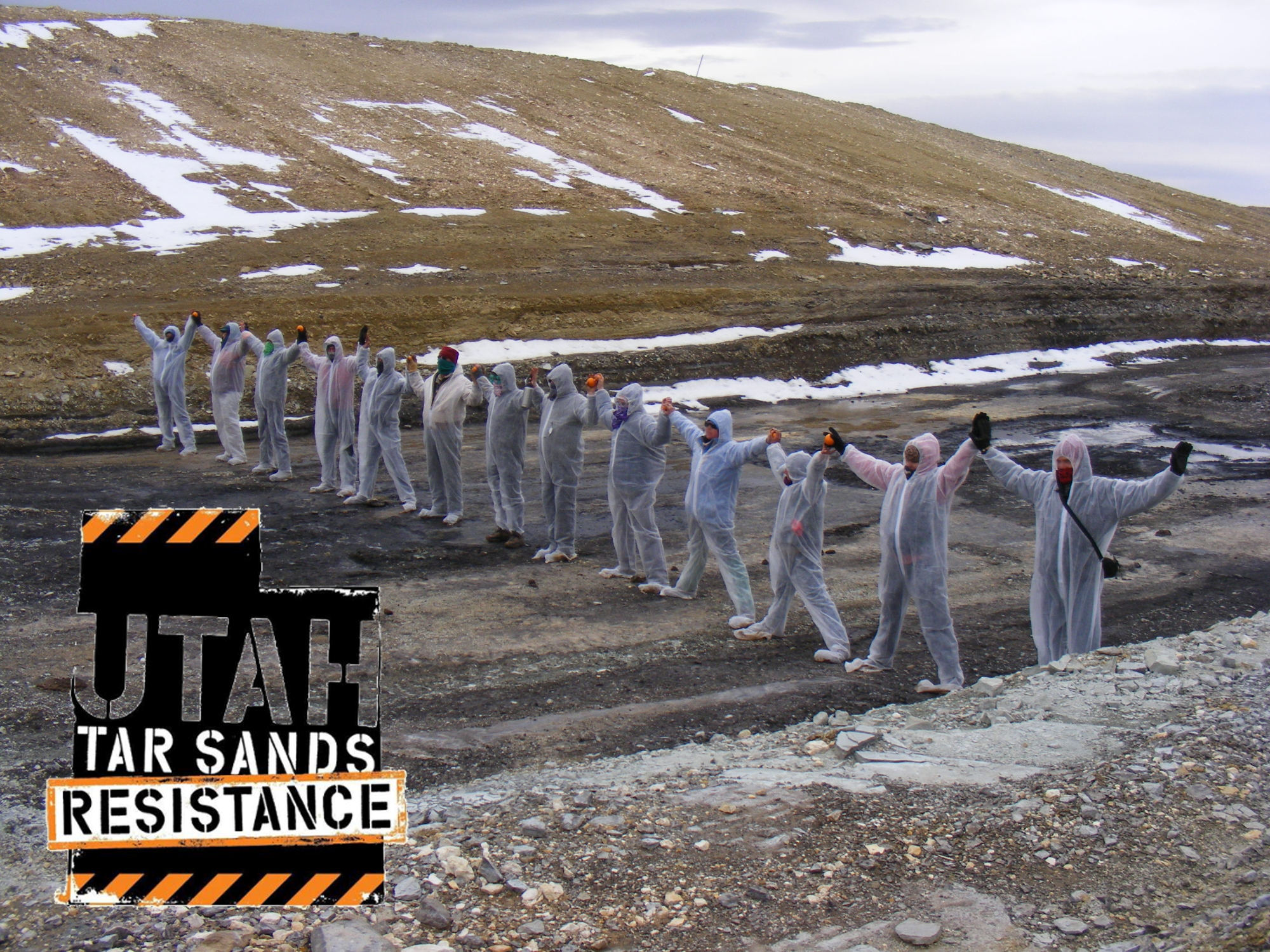 Be advised Cameron, a summer of work stoppages will lead to declining investor confidence (as if you have any investors!). You’ll be drowning in debts and filing for bankruptcy for your little corporation U.S. Oil Sands, a company so dishonest its name lies twice: “U.S. Oil Sands” is a Canadian corporation that doesn’t sell oil! More photos after the jump! 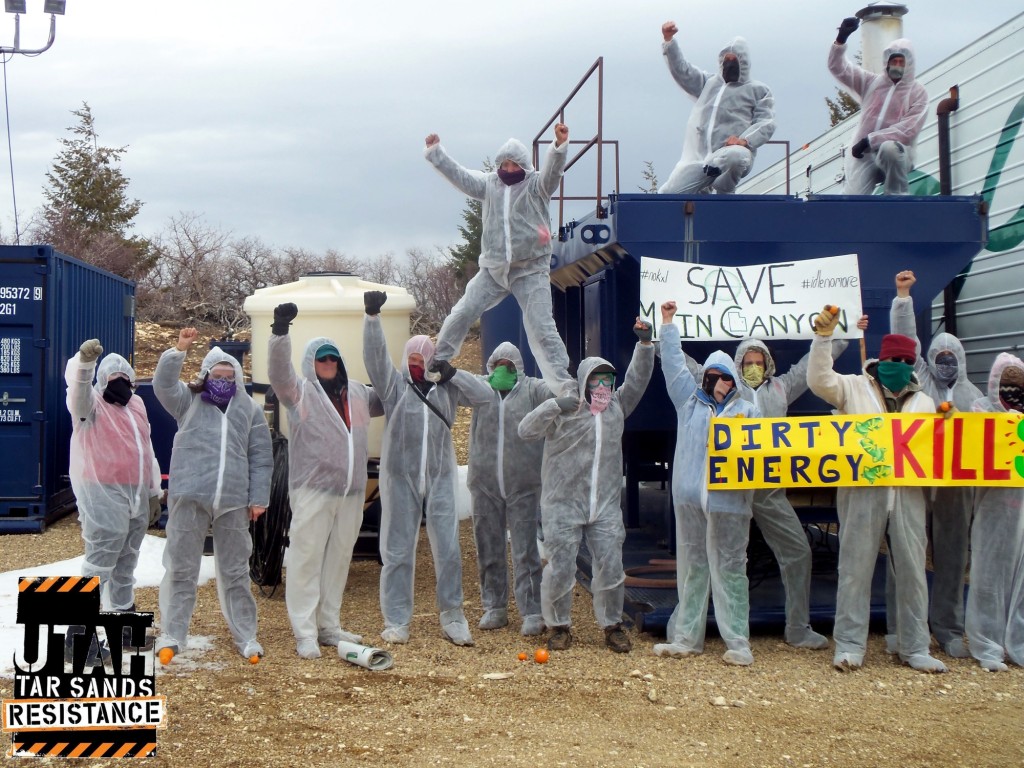 Cameron Todd: Give up now. Leave this land. 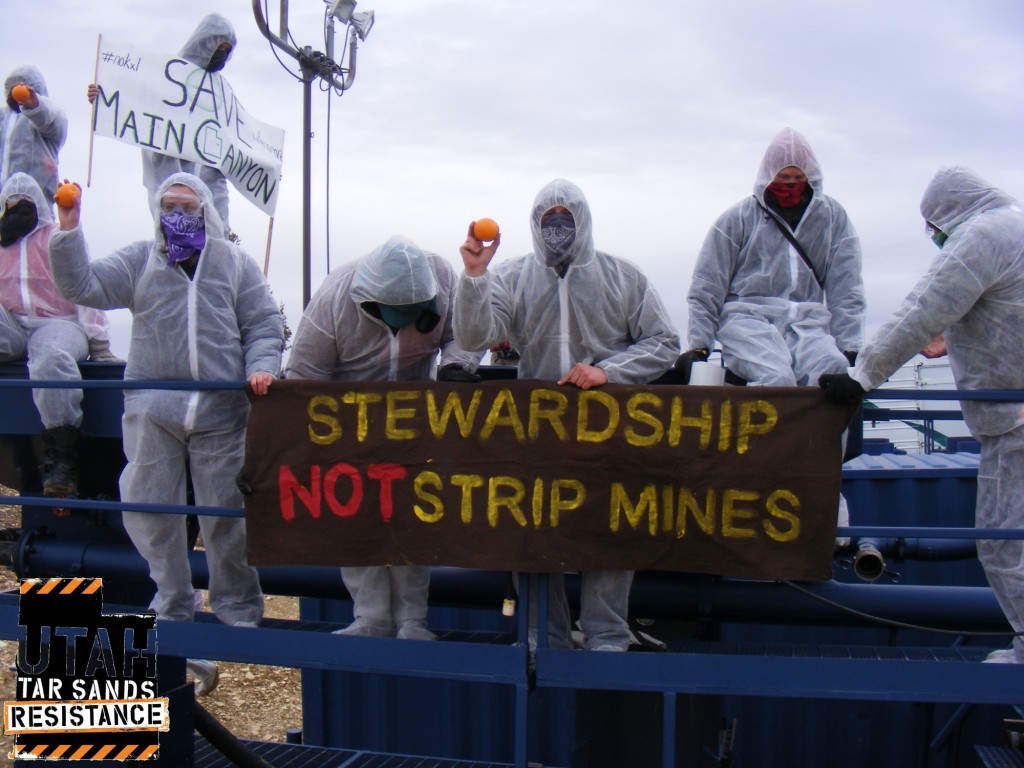 If you or anyone else wants to join us, you can come to Tar Sands Tuesday at the Free Speech Zone, 411 S. 800 East, starting at 3 p.m. every Tuesday.  It’s a work and discussion party that sometimes becomes a meeting when a lot is going on. We study, chat and build solidarity.  Join us! 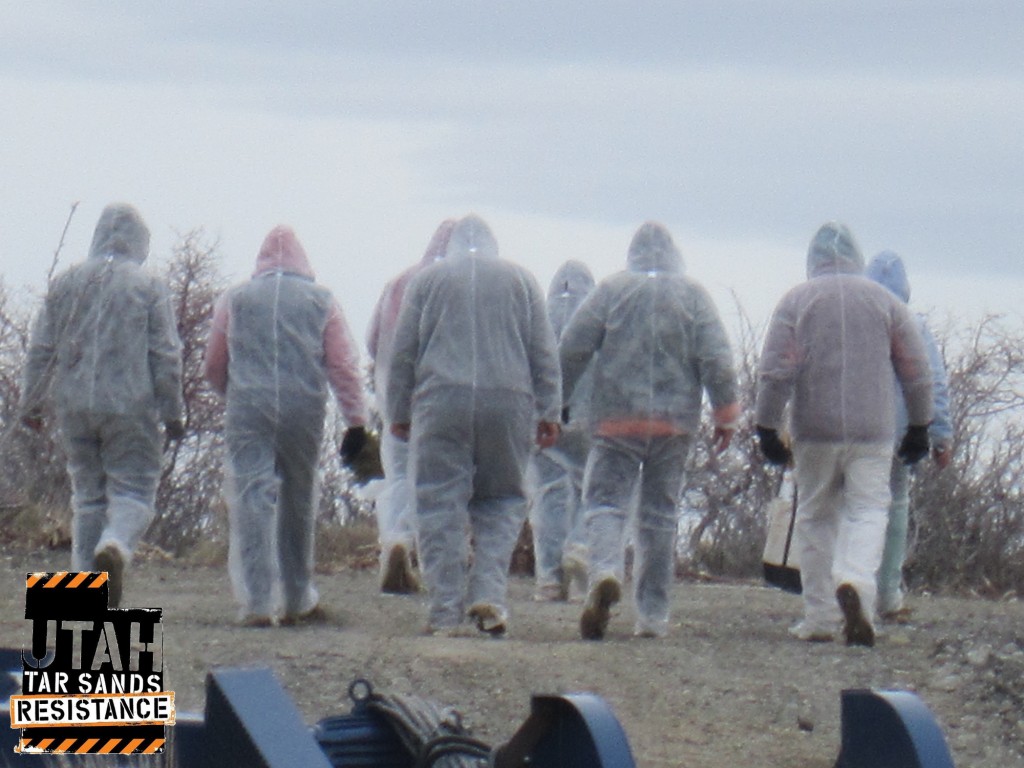 Cameron, we’ve seen the clear cutting you’ve done to Main Canyon. That is going to stop–NO MORE KILL ZONES. We will defend the planet by protecting this amazing and beautiful land. 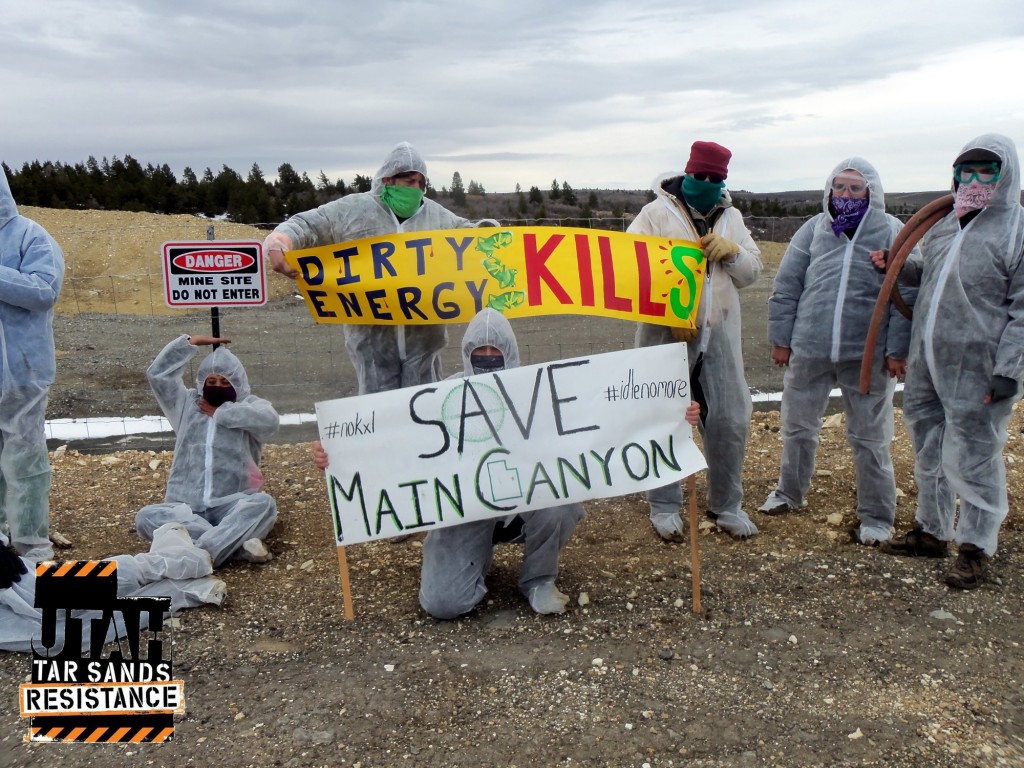 Cameron, really:  Do you think anyone believes you about the orange peels thing?  We all know the chemicals you’re using are dangerous, so don’t think that anyone buys it when you say your chemicals come from oranges. 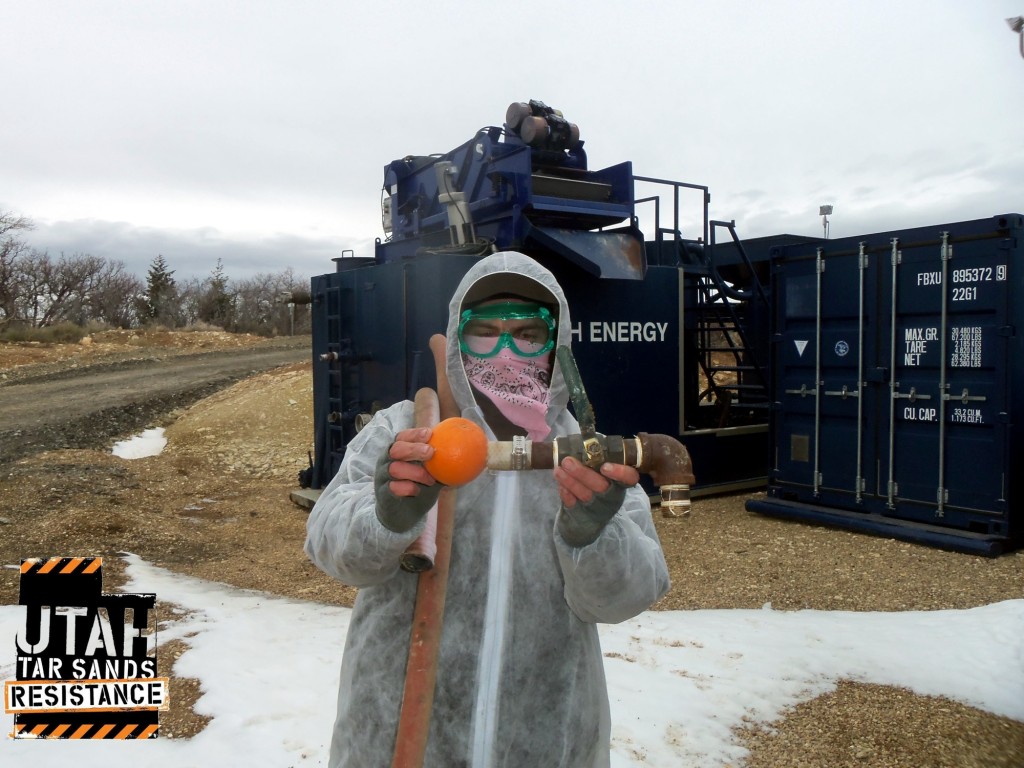 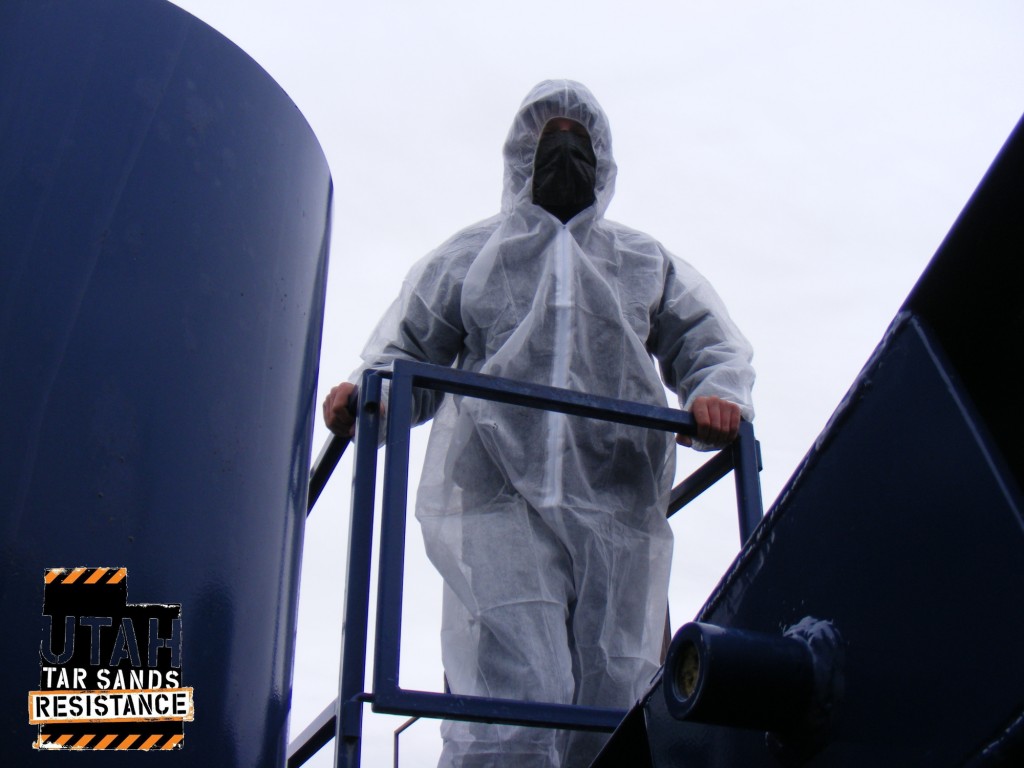