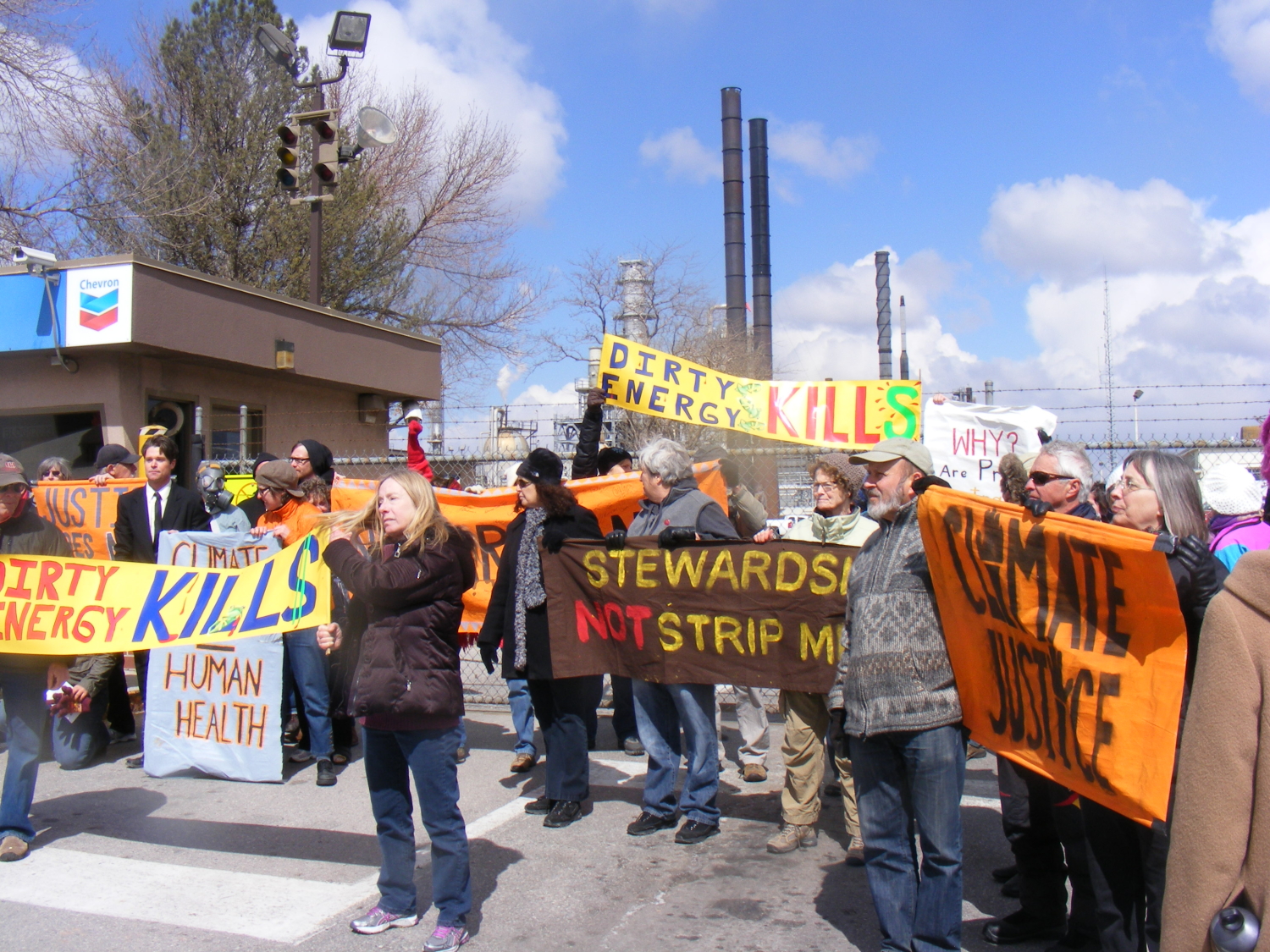 The action was done in solidarity with Tar Sands Blockade which called for a week of solidarity to Stop Tar Sands Profiteers.

Oh yeah, and you’ve heard the phrase “All pipelines Leak”?  Well, Chevron’s pipeline leaked into a wildlife area for migratory birds and recreation area on Great Salt Lake earlier this week. This is the second major leak in the Wasatch Front for Chevron in 2 years.

Join us for our spring opening camping trip to PR Springs April 12-15 to continue the resistance to tar sands mining. Click here for more details on the camp, or to see video of today’s action and the news clips

About 60 people blocked the gates of the refinery to protest the effects that tar sands and its related processing would have on health and the environment. (video and read more)

The protest is part of a national week of action aimed at stopping companies from profiting on tar sands oil. Event organizers said Chevron is currently refining toxic tar sands oil from Canada, and they said Chevron will be refining oil from tar sands mined in eastern Utah sometime later this year. (video and read more)

“It poisons our air, it positions our water substances that should never be released into the water are released into the ground,” said Melanie Martin, Utah Tar Sands Resistance. “Tar sands refining is even worse for air quality than refining regular crude.” (video and read more)